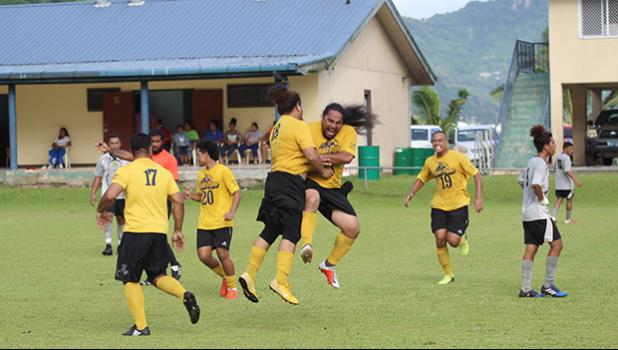 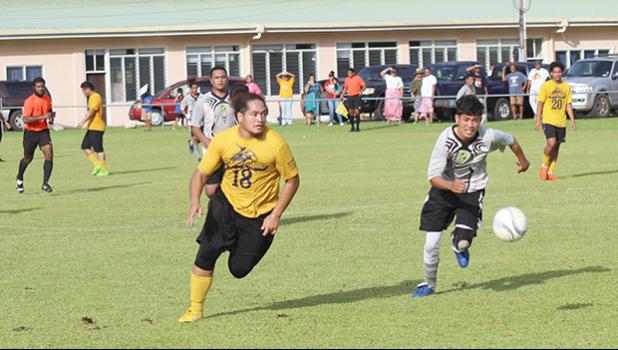 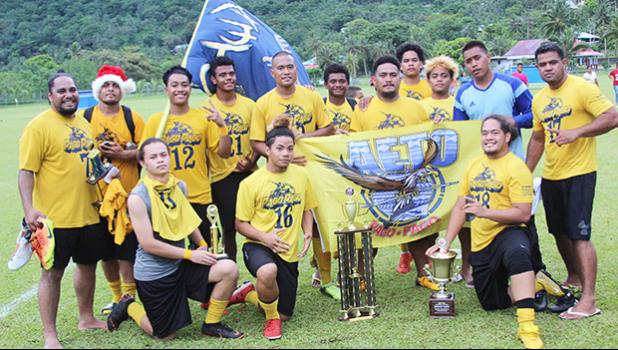 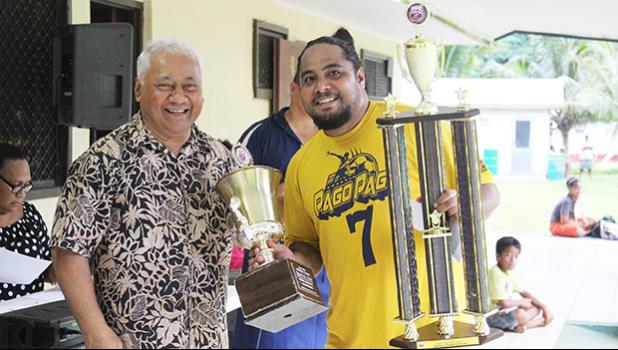 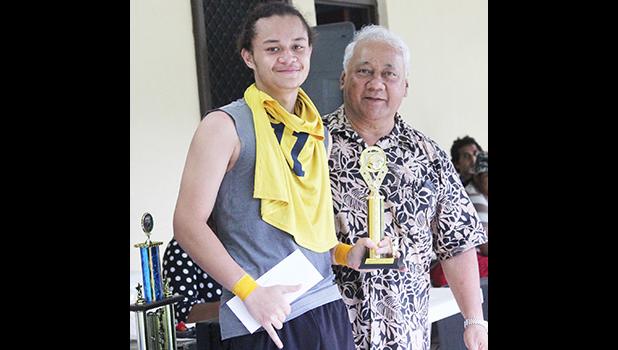 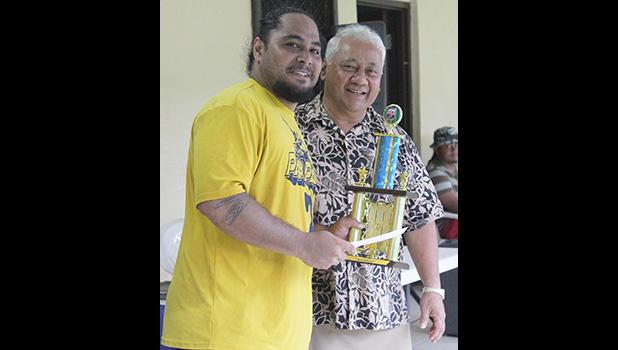 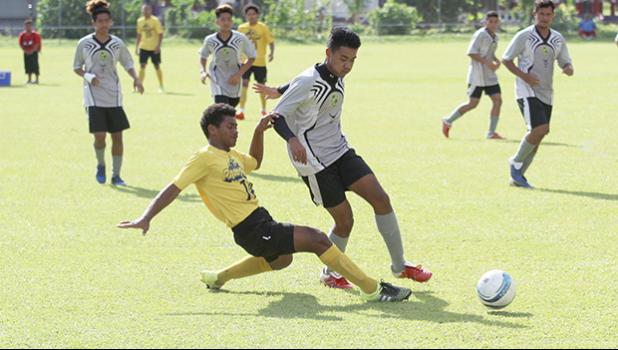 But it was a connection with two up and coming youngsters that also made this possible for Pago Youth, utilizing a great crop of young players featuring on their senior squad.

It is only the second time a team has three-peated as champions of the men’s National League under the FFAS umbrella, and it is the second such feat by Pago Youth.

2011 skipper, JR Amisone, scored the game winner on a header on the 54th minute of the game, and it was the first time Pago Youth led in the championship game.  It was a perfect long pass by the final’s MVP, Gabriel Taumua.  Taumua passed it long to give a streaking Amisone a chance at a 1-v-1 with Utulei’s netminder, and once the goalie hesitated, the 2011 National Team’s captain pounced on the ball and headed it in for the winner.

There were two National Teams from 2011, a squad that competed at the Pacific Games in New Caledonia in August of that year, and the squad coached by Thomas Rongen in November that competed at the OFC’s FIFA World Cup preliminary in Samoa.  Amisone was skipper for both teams.

His teammate on that 2011 team, and the 2018 Men’s National League season MVP, Rambo Tapui, scored the second equalizer on the 48th minute, scoring on a pass from Puni Samuelu for a 2-2 score.  Samuelu had penetrated inside the penalty area and then passed it to a wide-open Tapui for the score.

Utulei Youth scored first, a goal from Palauni Tapusoa in the 15th minute.  He dribbled the ball right through the legs of a defender and then sped unopposed to score on a side foot kick.

In the second half, Samuelu got into an open space inside Utulei’s penalty area, and after receiving a great pass from teammate Roy Ledoux with his chest, he blasted it into the near post for the equalizing score in the game’s 40th minute.

Just five minutes later, another former teammate of Amisone from the 2011 team got in on the scoring action, but this time for the opposing side.  Pesamino Victor, who was part of the team that went to New Caledonia, and not the latter, headed in a corner at the far post.  That score on a corner from Austin Kaleopa gave Utulei a 2-1 lead that would evaporate later.

Taumua, this year’s Men’s U19 and Men U16 captain, and Ledoux, teammates on the U19 team, had great passes that led to scores for Pago Youth.  They are the future of this team with their veteran players currently battling a losing fight against Father Time.  However, it is Pago’s youth and their veteran players’ experience that has helped the Pago Pago clinch their third straight National League title.

The qualifiers include all four National League champions of American Samoa, Cook Islands, Samoa and Tonga.