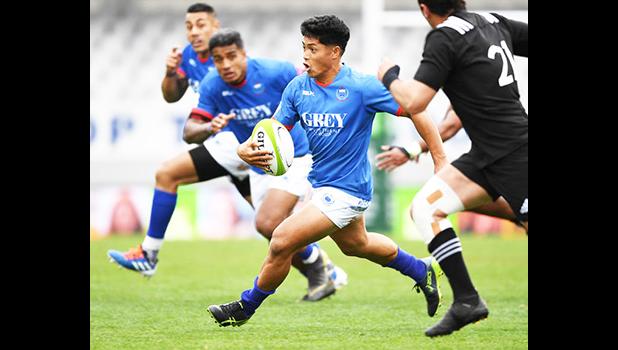 Apia, SAMOA — Manu Samoa have been forced into a last minute change to their Rugby World Cup squad with Ponsonby halfback Pelefofoga Cowley called up to replace Scott Malolua, who has been ruled out for eight weeks after dislocating his shoulder.

Malolua made his test debut in Saturday's 34-15 defeat by the Wallabies in Parramatta but was substituted just before half-time after dislocating his shoulder, with replacement halfback Dwayne Polataivao scoring two tries in the second half.

"We're all gutted for Scott," said Manu Samoa head coach Steve Jackson. "He was playing some good rugby but we all understand that this is the nature of our game.

"So we just need to push forward to Japan. And that is why we've brought Pelefofoga Cowley into our squad. He spent the PNC with us and so he's familiar with the playing group and how we want to play the game."

elefofoga Cowley has played 12 tests for Samoa since his debut in 2014 and started in the Pacific Nations Cup loss to the USA at the beginning of August.

He was on Mount Ruapehu for a family skiing holiday when Jackson contacted him with the news.

"It's an unfortunate circumstance in which to be called up. I really feel for Scotty," said the Ponsonby and former Waikato halfback.

"I actually know what it's like because the same thing happened to me in 2015 when I did my AC joint in the last game of the PNC against Canada - which ruled me out of the World Cup."

There is some good news for the Manu, however, with captain Jack Lam cleared to fly to Japan. The veteran flanker was also forced from the field on Saturday night, after taking a knock to the eye while attempting to tackle Sekope Kepu, but is good to go after passing medical tests in Auckland on Monday.

The Samoa squad departs Auckland for Tokyo later this morning and open their World Cup campaign against Russia on 24 September.