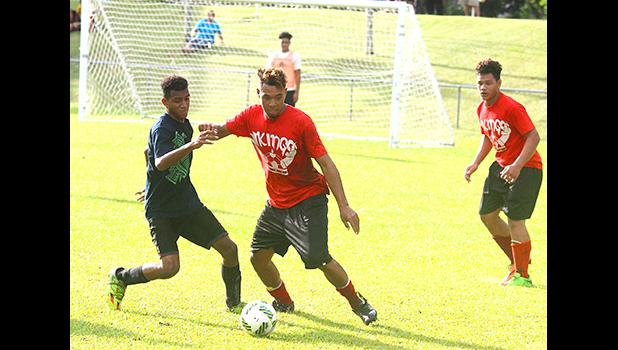 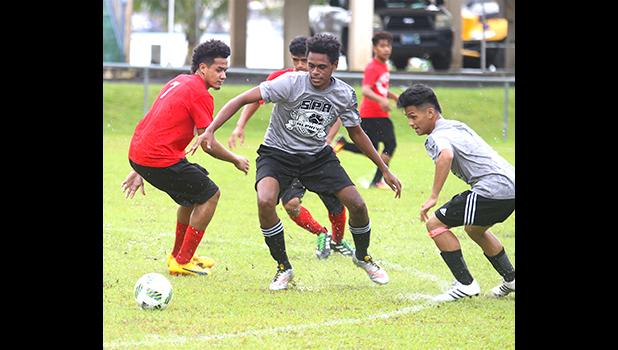 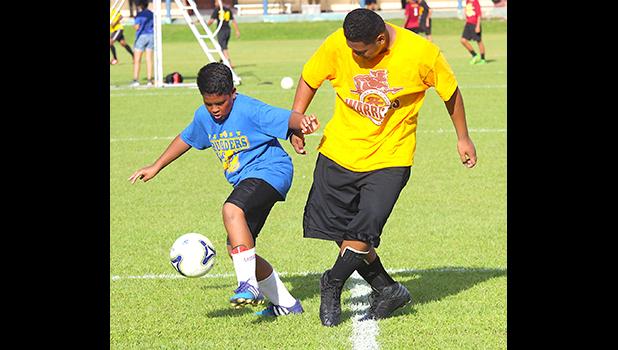 Pago Pago, AMERICAN SAMOA — Iakina Adventist Academy Saints has emerged as a contender for the title in the ASHSAA Boys’ Soccer, varsity division after its latest result, a 4-2 win over the Faga’itua Vikings on Wednesday, April 4, 2018.

Iakina played from behind for most of the game, going down 1-0 thanks to the game’s opening kickoff by Steven Fiso that went the distance for a surprise goal.

In the second half, the Saints’ Darryl Ulufale converted a penalty kick to equalize the score, only to go back down a goal after Fiso converted a direct kick from outside the box area for Faga’itua.

Ulysses Lefiti equalized for Iakina a little later, while Ulufale scored the go-head goal on a direct kick of his own.

Mark Tagai provided the closer for Iakina on a sliding strike that went into the corner on the far post.  Despite being down, Iakina was the dominant team and was technically efficient with the ball, moving it from end to end, or side to side, with small quality passes that found their mark.

They will face Fa’asao-Marist next on Tuesday, April 10.  The other game scheduled between the Crusaders and Nu’uuli Voc-Tech Wildcats was postponed due to transportation issues for the latter.

A late surge by Faga’itua fell short against the SPA Dolphins on Tuesday, April 3, 2018 at Pago Park Soccer Stadium.

Down 2-0, the Vikings upped the tempo of the game and managed to come away with a goal.  They came close to scoring on many occassions, but bad timing on crosses and passes, and great defense from SPA, led by goalie Cody McMoore, allowed the Dolphins to win.

Joshua Tabui scored both goals for South Pacific Academy.  Iakina was awarded a win by forfeit against the Kanana Fou Stallions in the other varsity game scheduled on that day.

Fa’asao-Marist played with only nine players due to a first-minute red card against them, and they ended up tying with the Tafuna Warriors 1-1.

The Crusaders played much better than the 11-man, Tafuna team, and it was just bad luck for them to lose their player to a red card.

The Tafuna Warriors’ J-V squad won a hard fought game against the Crusaders, 2-0.

Both goals by Tafuna were did not come easy, and were scored in the first half, while Fa’asao-Marist failed to convert a penalty kick in the second half.