Golden day for Samoa and Fiji at Commonwealth Games 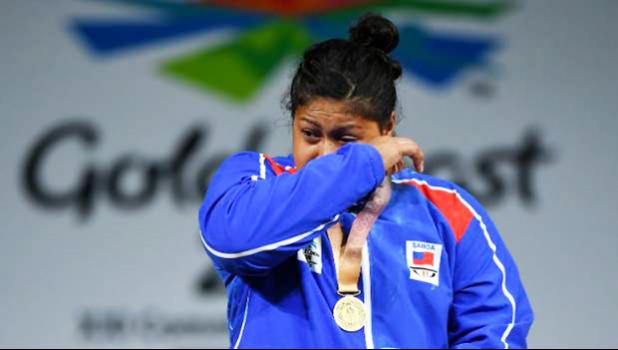 Gold Coast City, AUSTRALIA —  Samoa won't top the medal table at the Gold Coast Commonwealth Games but a trio of weightlifters gave the island nation its day in the sun on Monday.

Sanele Mao and Feagaiga Stowers hoisted their way to gold medals on day five of the 2018 Games.

Their medals were just the fourth and fifth golds won in Samoa's Commonwealth Games history, while Lauititi Lui won a silver medal in men's 105kg-plus division.

Mao won gold in the men's 105kg weightlifting final at Carrara Sports and Leisure Centre before Stowers took out the women's 90kg-plus division at the same venue just a couple of hours later.

Stowers, 18, took over the lead following the withdrawal of Kiwi transgender weightlifter Laurel Hubbard with an elbow injury.

Lui was in contention for gold but collapsed on his final lift, before Kiwi David Lui overtook him with a lift of 229kg. Lui was assisted from the lifting platform in a wheelchair.