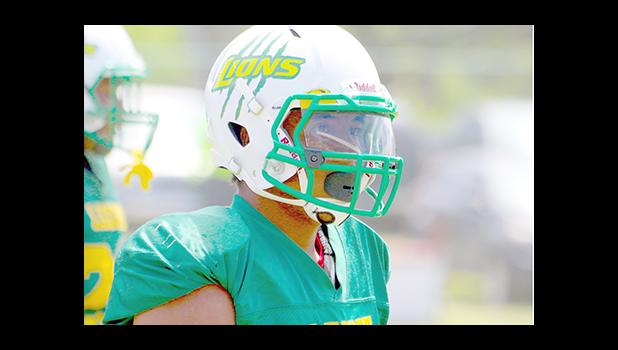 The American Samoa High School Athletic Association (ASHSAA) ongoing football season will be heading into it’s fourth week of football action starting this evening with the match up between the Nu’uuli Wildcats and the Faga’itua Vikings in the Junior Varsity Division.

Samoa News received the latest and updated Football Rankings – with Head Coach Okland Salave’a and his mighty Leone Lions sitting at No.1 in the Varsity Division with three straight victories. In addition, they also lead with the most touchdowns in stats alone with 9 end zone appearances overall.

In rank No. 2 are the Tafuna Warriors, Head Coach Kolose Ili and his still, undefeated Varsity squad with a record of 2 and 0. After crushing the Sharks in their 36 - 18 victory in week two of action, they sent the Vikings home packing with a 26 - 16 victory this past weekend. They’ll face the top seed of the division tomorrow, as they’ll face Salave’a and his Lions, to determine who will be the ‘only’ undefeated in round one of action.

Ranked at No. 3 in Varsity are the Vikings, Sharks and Wildcats all tied up winless – Samoana and Faga’itua as of now have 2 losses each, and Nu’uuli has only one.

In the Junior Varsity Division Standings, Ili and the Warrior Nation from Tafuna High School are sitting comfortably at No.1 with 2 unanswered victories.

Ranked No .2 are the Lions with 2 wins and a loss – they are tied with the Warriors as of touchdowns made up to now, 6 end zone appearances each.

Ranked No. 3 is the Samoana Sharks, Pati Pati and his Shark Up Program. They won their first victory of the season last Thursday, after drowning the Lions with a 36 - 18 victory.

Nu’uuli and the Vikings are tied at Rank No. 4 – Wildcats with only a loss recorded and Faga’itua still winless with two defeats.

Tomorrow’s match up will be a game ‘not to be missed’ – between the two undefeated teams in the Varsity Division, the mighty Leone Lions – who’ll be facing the Warrior nation for the first time this year.

Head Coach Salave’a letting his Lions loose against his former team – Tafuna Warriors, who are currently unbeatable under the reign of Head Coach Kolose Ili.

They will be the main event of the day to end the 3 scheduled showdowns planned for the field at the Veterans Memorial Stadium tomorrow morning.