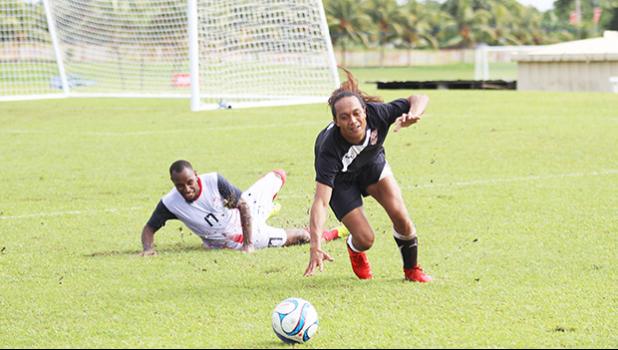 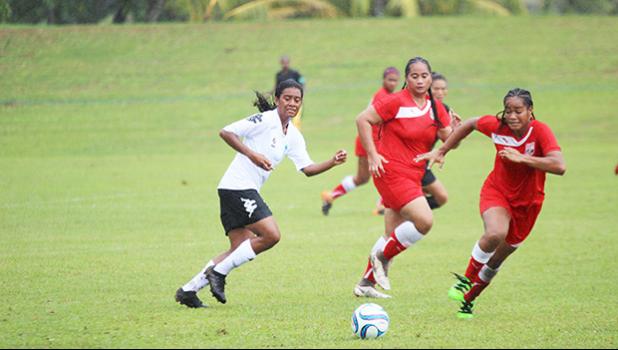 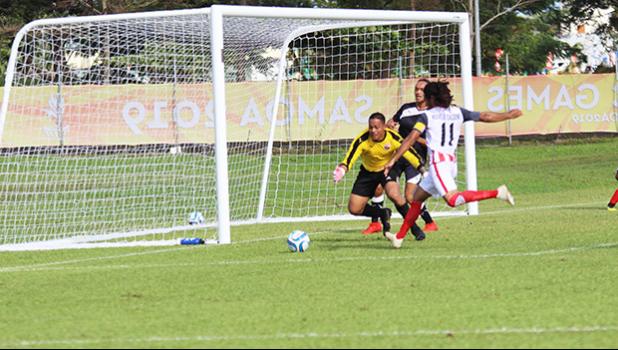 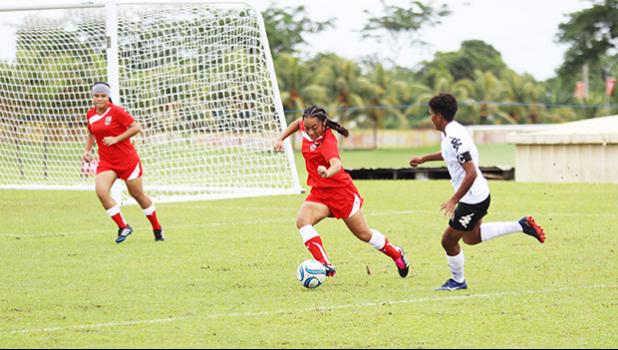 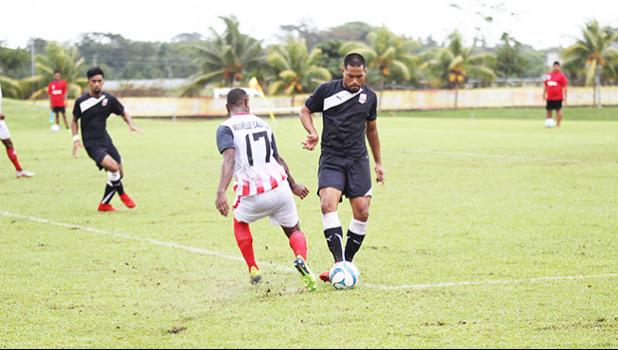 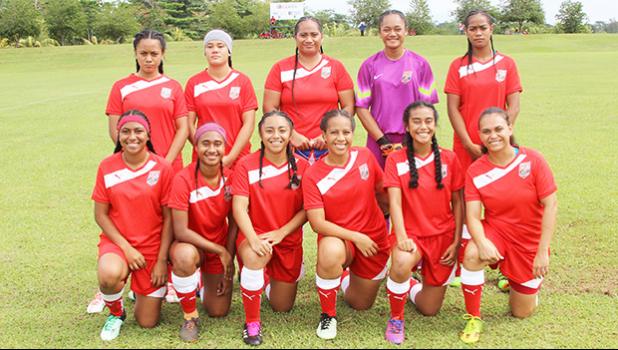 American Samoa played with two players high up front, but with lack of possession, they changed to more of a defensive and compact formation.  This team is more mobile and fitter than the 2011 squad, and with better technical abilities, they managed to hold their opponent to a lessor tally than their predecessors.

This time around they managed three goals in the first half and two in the second, with two of those five coming from the penalty spot.  If not for those penalty kicks, the game could have ended with a smaller margin.

“Without those two penalties, I think the game’s score could have been at least 2-0,” said head coach Tunoa Lui.  “We hurt our own selves on some of those goals.

“Our players are very young and inexperienced, but I’m happy with how they performed,” Lui pointed out.  “The majority of them were able to play the full 90 minutes despite the speed of the game.”

Captain and eldest player on the team, Nicky Salapu — who is at little more than two months shy of his 39th birthday — gave it all out on the field.  If not for Salapu, New Caledonia would be enjoying a big win, as he made many a save against the relentless attack from New Caledonia.

“Our players are very young so what I was trying to do out there was to encourage them more than being negative about their performance,” Salapu explained.  “Being young players any small thing can set them off quickly towards anger, so I tried steering them and having them concentrate on what they had to do.

“Overall I think all of our players played well despite their age and inexperience,” he added.

His back three of Ueli Tualaulelei and vice-captains Ryan Samuelu, Jaiyah Saelua, put in extra hard work as well to help Salapu in their defensive scheme.  A timely tackle here, an interception there and heading away dangerous high balls was their operative mode during extreme times of stress.

In the end New Caledonia’s fitness, speed, quickness and technical skills were too much for American Samoa to stop from scoring.  They have another big task ahead of them as they have Fiji up next at 10:00 AM on July 10, 2019, their second game of the group stage.

Lui said that there was too much ball watching by the players, standing around and not reacting quickly enough to events.

“These are a few mental aspects of the game we need to improve them on, including getting used to the speed of the game, especially with our next opponent coming up (Fiji),” Lui said.

The team has one day of rest in between games, and fortunately there were no major injuries to the team.

The young and very inexperienced team lost their shape and form in the second half of their first Group A encounter to a team that was better technically.  American Samoa did show some good flashes, but their fitness and technical ability was not up to par.

In the first half they were able to hold Fiji to only four goals, but the second half the goals came in bunches, right up to the last minute of play.  Four players scored twice for Fiji — Cema Nasau, Luisa Tamanitokoakula, Ledua Senisea and Adi Bakaniceva.

“Our girls played their hearts out, and even being much younger and less experienced, they gave it their best,” said the team’s head coach, Ati Faamau-Samuelu.

They coaching staff has their work cut out for them as they prepare to take on the hosts, Samoa, in their second game of the group at three p.m. on Wednesday, July 10.

Against Fiji they found themselves on their backfoot for the majority of the game, and the slippery conditions did not help too as it rained sporadically throughout.  Some of the girls were nervous too and it showed.  With only three players over the age of 20 on the squad, that factor became huge in the game.

“It is good to get the first game out of the way for them, they have a feel for the toughness and how fast the game is,” Faamau-Samuelu said.