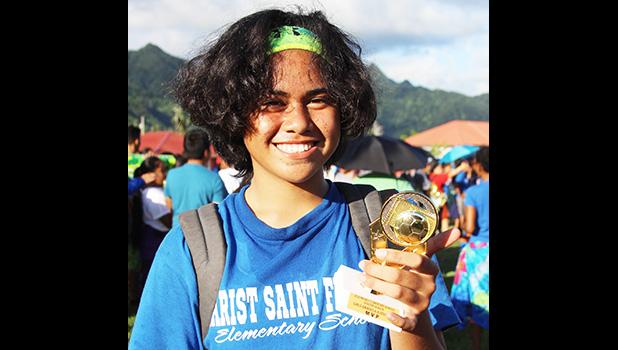 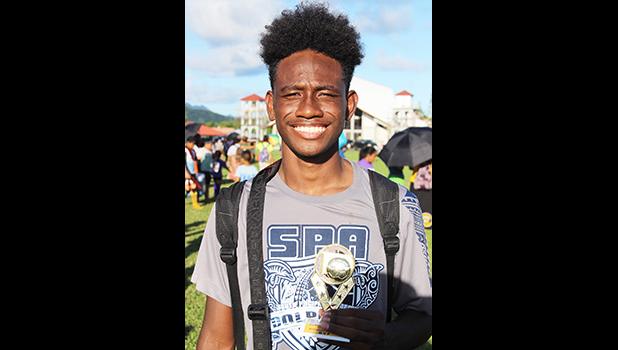 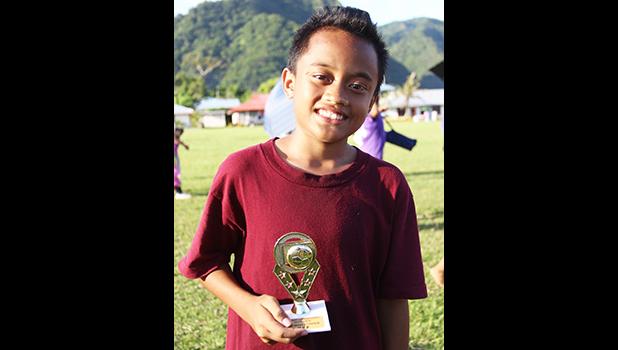 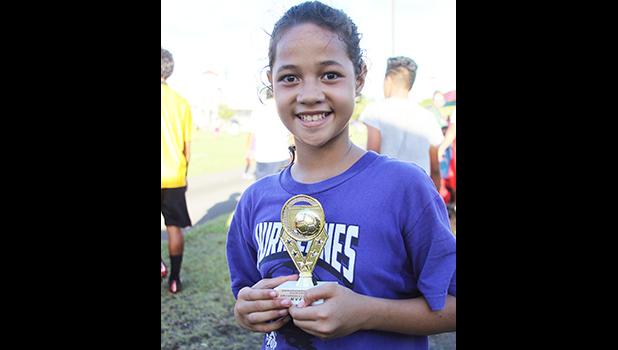 Pago Pago, AMERICAN SAMOA — It was a dramatic finish to the 2018 FFAS Private Elementary Schools’ Soccer League, with a major upset in the Boys Grades 6-8 final, and a near miss in the Girls’ bracket.

In the Grades 3-5, the boys’ group ended in an upset while the girls’ game went to form during the final day of the competition on Tuesday, Nov. 19, 2018 at the Kanana Fou Theological Seminary’s field in Tafuna.

“I want to thank all the principals, teachers, coaches, players and the parents for all your support and participation in this league,” said FFAS executive committee member, Amio Mavaega-Luvu, during the awards ceremony.  “Your contribution to this league is a major contribution to our association’s development of the game in American Samoa.”

Mavaega-Luvu was speaking on behalf of FFAS President, Sen. Faiivae Iuli Alex Godinet, who was traveling on Oceania Football Confederation matters as its senior vice-president.

No. 2 South Pacific Academy shocked the division’s No. 1 team, Peteli Acdemy, by holding them to a pedestrian score of 3 goals in the championship game, and then winning the shootout with the field surrounded by parents, fans and players.

Coming into the final, Peteli was averaging eight goals a game, were undefeated in the round-robin with five wins in as many games, one of them a 13-0 win over SPA.

But SPA dug in deep, slugged it out with Peteli goal for goal, before spending the last three minutes of the game defending heavily against the No. 1 seed in the championship match. SPA was a lot more organized defensively and were able to hold off their opponents from running away with the game.  They were led by the game’s eventual MVP, Jovi Tovola, as he performed great as a defender.

SPA led 2-1 during the penalty kicks shootout after three kicks, and when Peteli missed their second attempt, South Pacific Academy erupted in cheers and joy.

Tenille Leota completed No. 1 Marist St. Francis’ comeback win with a toe poke of a shot from outside the box that beat No. 2 Peteli Academy’s goalie in the last 20 seconds of the game.

They went into the game as the top seed, winning all six of their games with Leota as the stand out player for St. Francis. They even beat Peteli 3-1 during their round-robin match, but in this one they trailed for much of the game. Slowly they came back and thanks to Leota, the division’s eventual MVP, they were able win on a last-minute goal.

Samoa Baptist Academy won the game for third place against Kanana Fou A.

Pacific Horizon completed the season as the No. 5 seed in the standings, followed by No. 6 South Pacific Academy and No. 7 Kanana Fou B.

It was a high scoring game with the No. 2 seed finally prevailing in a 19-point game, upsetting the round-robin’s top team 10-9.

Sione Ioane, the division’s MVP, led the way for Peteli Academy as they made it 1-3 in finals the school contested for on that day.

Peteli Academy jumped to a 4-0 lead in the first half, but by the time the break came around their lead was down to a goal, 4-3. Back and forth the game went in the second half before Peteli eventually led 10-9 and held on for the win.

Saitupu Seui and her team, Samoa Baptist 2, managed to hold on 2-1 to clinch the championship title in a very hotly contested match.

Seui walked away with the MVP award as her team went into the playoffs with 18 points, two better than Kanana fou A.

Peteli Academy won third place over South Pacific Academy. Samoa Baptist 1 finished the season as the No. 5 seed, followed by Pacific Horizons School at No. 6, Kanana Fou B and then Marist St. Francis at No. 8.

“I want to let all of you players and parents know, that this is not the end of soccer with the closing of this league,” Mavaega-Luvu pointed out. “There is another step you can move on to, and that’s our youth league held during the summer, and also our National League.

“Especially for you girls, you can continue playing and then if you’re really good you can move on to our youth and senior national teams. We had to bring girls from off island down to complete our women’s National Team because when we call for tryouts, only a few show up. But if you all continue playing on to the next level, we do not need to select from off island but use our own, home grown talent.”

Mavaega-Luvu went on to thank the CCCAS and Kanana Fou Seminary College for working together with FFAS and allowing the association to use its field for the competition.

FFAS sponsored all the trophies and goodies for the competition. KS Mart and FFAS co-sponsored pizza vouchers for the teams, and other prizes included drinks and a bag of chips for all of the 41 teams that participated in the league.

Deacon Michael Leau of Marist St. Francis spoke on behalf of the schools, thanking Sen. Faiivae and FFAS for a great league and an even greater ending as all six participating schools received a competition check of $400.