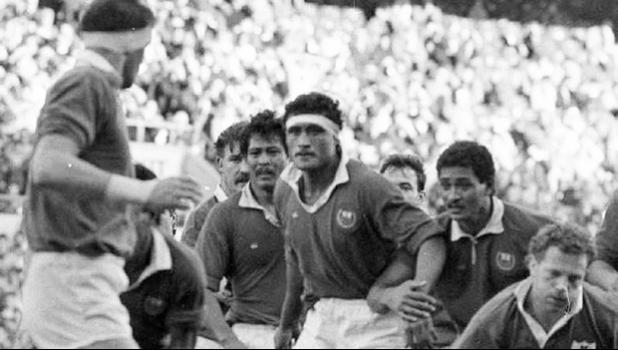 Known by his teammates as 'the Bushman', Su'a played 13 tests and was a key part of Samoa's 1995 Rugby World Cup squad.

"Our Manu Samoa family has lost one of the nicest blokes and team man. He exemplified a great character on and off the field as a gentle giant and always put his body on the line for his mates and country."

Su'a was the current Pulenu'u at Malololelei and is survived by his five children and seven grandchildren.

Born in Moto'otua, Masada made his NRL debut in 2008 and played 57 games for the Penrith Panthers and Wests Tigers.

He made four appearances for Toa Samoa and was on course to feature in the 2013 World Cup before breaking his arm in a warm-up match.