Samoa man jailed for stabbing his wife in public 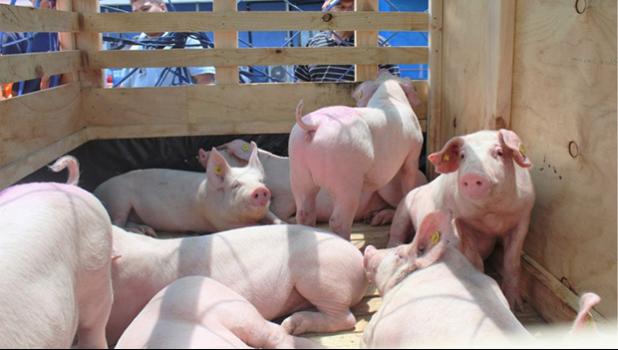 Apia, SAMOA —A man who stabbed his wife with a screwdriver ten times in public, while their children looked on, has been jailed for two years and six months.

Supreme Court Justice, Tafaoimalo Leilani Tuala-Warren, issued a suppression order prohibiting the publication of the names and details of all parties involved in the case.

The defendant appeared in Court on charges of causing grievous bodily harm with intent and armed with a dangerous weapon, a screwdriver. The defendant pleaded guilty to both charges.

According to the prosecution summary of facts, the accused and the victim were walking their two children to school along a sealed road next to S.M.I. towards the main road around 7.00 a.m. on July 17, 2018.

“Once they passed a couple of women, the victim turned around to see the accused slightly kneeling.

“Straightaway the accused lunged at the victim with a blunt screwdriver and stabbed her. The victim defended herself with her hands but lost her balance and fell into a shallow storm water drain on the side of the road.

“The accused sat on the victim and continued to stab her between five and 10 times. The victim lost consciousness. This was done in the presence of their children, the nine-year-old and the seven-year-old.  The accused stopped when a bystander threatened to throw rocks at him. He turned himself into Police the same day,” the summary of facts stated.

The medical report indicated that the victim sustained stab wounds on her back, the right side of her neck and the upper right side of her chest, swollen right forearm and her fingers on her left hand. Surgical intervention was required for chest wounds, hairline fracture of radius of right forearm, and fracture of third digit of left hand and was admitted to hospital for nine days.

According to the victim’s impact report, the first three weeks after the incident were worse with the victim suffering from nightmares. She also needed assistance with bathing, dressing, eating and going to the toilet. These casts were only removed before she was released from hospital but today cannot lift heavy objects, cook, do laundry or chores around the house due to spasms and pain caused by excessive use of her hands.

“At work she cannot do any heavy lifting. She says she still experiences back pains and random pains in her hands. She is self-conscious about the scars on her body and tries to hide them, avoiding certain types of clothing. In terms of psychological effects, the victim says that she feels ashamed, shy and self-conscious about the incident, not only because of what others are saying about her but also because of what her own family thinks.”

“The financial impact on her is the result of increased expenses whilst she was recovering. These were transport expenses for the children to and from school as she could no longer walk them to school. The victim has told the Court of the hardship she now experiences in taking care of the children without the help of the accused,” said Justice Tafaoimalo.

The defendant has apologized to the victim and she has accepted his apology.

“I also find it aggravating that this stabbing took place in a public place. Despite the place of the offending being on or near a public road, with the possibility of it being witnessed by members of the public, the accused could not control his anger.