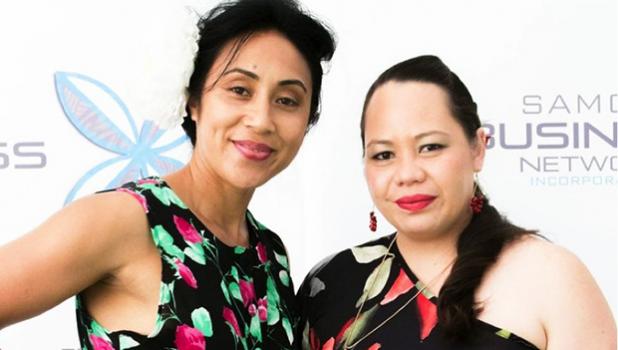 Auckland, NEW ZEALAND — The Samoa Business Awards are being launched by the Samoa Business Network in New Zealand. It’s among Pasifika efforts that support a six year government plan to grow Pacific businesses and increase their access to mentors and other business networks.

The strategy also aims to see more sustainable Pacific-owned businesses in the country.

Network co-founder Laura Keil-Hall said she helped start the organization in the hope of connecting and empowering Pacific entrepreneurs.

"It's always daunting for me as a Pacific person walking in to a room full of, I don't want to say it, but palagi people, and then you kind of stand there and you look around the room and you try to find someone that you can actually connect with. I just knew that there was a gap in that space."

Samoans make up almost half of New Zealand's Pacific population.

"I think it'll be huge for our Samoan business community. Again it's never been done. You know, we do have a Pacific community but half of the Pacific population are Samoan. I think Samoans have a standing in actually acknowledging that. But in saying that, there's nothing wrong to also do similar initiatives for other Pacific nations."

A Tongan Business Network was also being launched in September and there's a goal to set up networks for other Pacific communities in New Zealand.

Keil-Hall said the aim was to eventually create a combined Pacific Business Network..

Elaine Schuster of the Samoa network said there are many advantages.

"Knowing that they're not alone, that has given them the confidence to reach out to each other. What I've noticed with our own people is there was no formal network as such before all this. And [they] tend to just keep to themselves. So whatever they were trading in, wasn't necessarily shared amongst our own community to begin with."

Samoan fashion stylist and entrepreneur Nora Swann is the Director of the Pacific Fusion Fashion Show and founder of a social enterprise called 'Dressed in Confidence'.

She said two years with the network has made a huge difference to her work.

"You know, entrepreneurship is kind of foreign for Pasifika people. Most Pasifika live by this 9-5 mindset where, come the weekend you can switch off or after work you can switch off. But when you're an entrepreneur and you're chasing the dream, it's really important that you connect with like minded pasifika people who are on the same journey because then, they get it."

Swann is encouraging other Pasifika businesses to connect via business networks.

"I think collaboration is the key. So if we have more people jumping on that bandwagon, it strengthens it and it gives it more value. So if we can move together as a group and give our people more opportunities, we're definitely a force to reckon with. We're making a lot of movement now in the fashion industry which is exciting for us and exciting for Pasifika fashion."