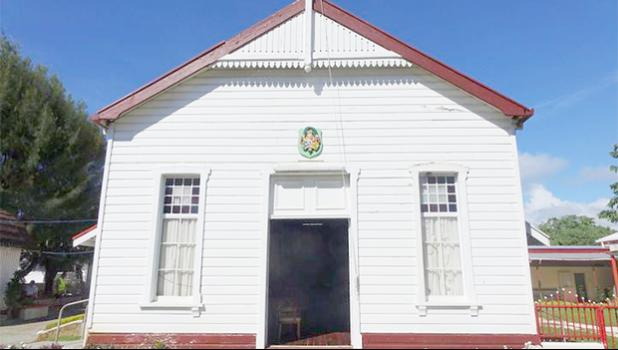 Nukuʻalofa, TONGA — A group of Tongans is preparing a petition which calls for the resignation of Prime Minister 'Akilisi Pohiva.

The group, understood to contain both foreign based and local Tongans, has launched an online fundraiser in an effort to raise capital so they can promote their cause.

The campaigners said a united stance is needed against what they allege is government lawlessness and corruption.

They said they need finances for a campaign to gather support and inform people of the issues.

The group's fundraising page hits out at a perceived poor response to this year's Cyclone Gita and said the government seemed to be prioritizing amassing political power over governing and the welfare of the people.

The Prime Minister has had a number of health scares in his latest term and the group has called for him to retire for the benefit of the country.

RNZ Pacific understands some civil servants and MPs are said to be backing the move, with plans to present the final petition to King Tupou VI as well as Pohiva.

The Savai’ian Hotel in Lalomalava has launched food and cultural tours to enhance and diversify the activities available on the big island.

It is a first of its kind in Savai’i. Owners of the Savai’ian Hotel, Nola and Fa’apoipoi Gidlow, took the advice of tourism consultants and decided to add the food and cultural aspect to their already existing sightseeing tours.

“We had done the sightseeing for over 20 years and it has been good but we feel we do need more variety in these tour experiences which is why we’ve developed this tour just for that,” said Mrs. Gidlow.

“The idea was born out of our own love for Samoan food and through experience of hosting guests through Savai’i Tours and at our property. Knowing that visitors are always intrigued and curious to try our local food and experience our culture, we decided it was time to create a tour that would satisfy that demand.”

The food and cultural tours is an all-round cultural experience where guests can help prepare the umu as well as head in on foot into the village and learn about Samoan custom and culture. Tourists can learn about the various crops, flora and fauna and sit in on a fale fono.

The Savai’i Food and Cultural Tour starts at 9.15am and can be booked through the Savai’ian Hotel and includes a complimentary pick up and drop off to and from the Salelologa town area.

An NGO in Samoa says the issue of customary land ownership needs to be resolved through a referendum.

He called for legal minds to come together to address the problem.

The NGO's chief executive, Fiu Mataese Elisara, said he was unable to trust any suggestion that solving the customary land issue should be through legal experts or the courts.

Fiu told the Samoa Observer that "an independently conducted referendum... with clearly articulated questions... is the only way this customary land discourse can be and should be addressed".

PROBE INTO DEATH OF US SOLDIER IN PNG

Investigations are underway into the death of a United States soldier in Papua New Guinea.

Shawn Green, who was a military liaison officer, was on a temporary posting to assist with security planning for the APEC summit in PNG in November.

The 38-year-old was found dead at a friend's house in a secure compound where many US and other diplomats live around 3am on Friday.

Investigators from the US Department of Defense have flown to PNG to investigate.

A spokesperson for the US Embassy in Port Moresby, Beverly Thacker, said staff were cooperating fully with local authorities.

"The Embassy Community is saddened by the untimely passing of one of our colleagues.

"Our condolences have gone out to his family. We are cooperating with the Ministry of Foreign Affairs and the Papua New Guinea constabulary and the investigation into the incident. We have no findings at this point."

The Minister of Works, Transport and Infrastructure, Papali’i Niko Lee Hang, has come to the rescue of more than 70 families living in Moamoa.

After their road was washed away during Saturday’s flooding, the residents called on the Government for help on the front page of yesterday’s Samoa Observer.

“I read the paper and that is how I found out about the condition here at Moamoa Fou,” Papali’i said.

“I visited the area myself and then instructed the Land Transport Authority to hire a contract to work on a temporary fix for a road for these families.”

One of them, Tagaloa Ta’avale Masoe, said they desperately need help after the floods washed away their road.

But they didn’t want to wait. In the hot sun on Sunday afternoon, close to 20 men and women were piling up rocks in an effort to erect a temporary access road to allow residents to cross the river.

“Our family has lived here for a long time and this is the first time we have experienced this unfortunate situation,” said Tagaloa.

“The river has even washed away part of the land."

There are about 300 people who use the road on a daily basis.

The Minister told the Samoa Observer he welcomes direct complaints to his office for assistance.

"Again I instructed the L.T.A. to conduct site visits to other villages to see if there is a need for road assistance and to prioritize this matter,” said Papali’i.

He said another road that was washed away was in Alafua.

“That road has already been fixed as well,” said Papali’i.

The Minister said the government would be looking for funds for a permanent fix but that will take time.