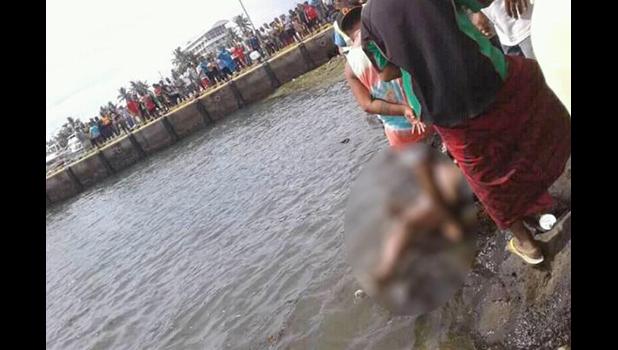 Apia, SAMOA — A man in his 40s was found dead behind the Savalalo fish market on Saturday morning.

Witnesses told the Samoa Observer the man was found with only his under garments.

One of them, Sina Ulugia, said there were no visible injuries.

They suspect that the man drowned.

Phone calls and emails to the Police Superintendent Auapa’au Logoitino Filipo for an official response by the Police were unsuccessful.

But the Samoa Observer understands that Police Officers have been taking statements by the witnesses who were at the scene, when police arrived on Saturday morning.

A fisherman said the deceased is from Leauva’a and Vaiusu.