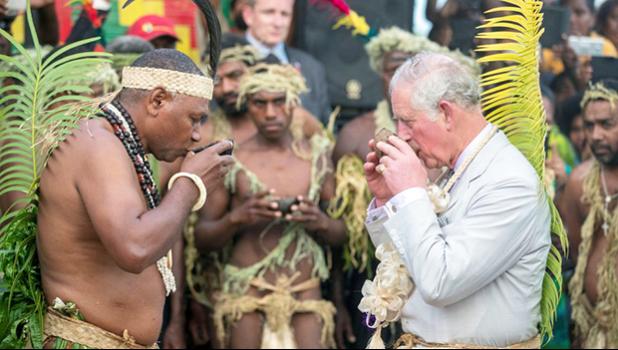 Sydney, AUSTRALIA — Western countries will step up economic contacts with Pacific nations to lever them away from China’s spreading sphere of influence, overtures to be backed by increased military surveillance and intelligence operations.

As unease grows over Beijing’s strategic objectives and aggressive aid program in the maritime region, Australia, New Zealand and the United Kingdom are leading efforts to counter it with a soft power offensive of their own.

Leaders of the three countries and Canada agreed on the response at high-level security talks during the recent Commonwealth heads of government summit in London. They are all partners with the United States in the “Five Eyes” defense arrangement, which shares intelligence data.

That was seen somewhat visibly by Britain’s Crown Prince Charles’ visit to Vanuatu – center of a new controversy that China aims to build a naval facility on the Pacific island – on April 7.

The economic focus of the countermove is an acknowledgment that China has been able to make inroads in the region by filling a vacuum which probably dates back to the 2006 coup in Fiji, when Australia and New Zealand imposed a range of sanctions. Fiji strongman Frank Bainimarama turned to China instead.

Sensing a diplomatic opening, President Xi Jinping made the first official visit to Fiji by a Chinese leader in 2014 and thereafter launched an aggressive Pacific aid program. China is now the key source of aid for the island nations of Fiji, Tonga and Samoa.

Aid diplomacy in the region has traditionally been driven by the rivalry between China and Taiwan, with Pacific nations attempting to play the two countries off against each other for ever larger handouts.

But it has evolved since into a platform for exploring new markets for Chinese goods and encouraging the country’s state-owned enterprises to invest their reserves abroad.

Pioneering China’s charge into the Pacific is the fishing industry, which — like much of Beijing’s geopolitical agenda — has both economic and military aspects. Chinese fishing boats deployed to Pacific islands are sending tons of seafood back to the motherland but also collecting signals intelligence.