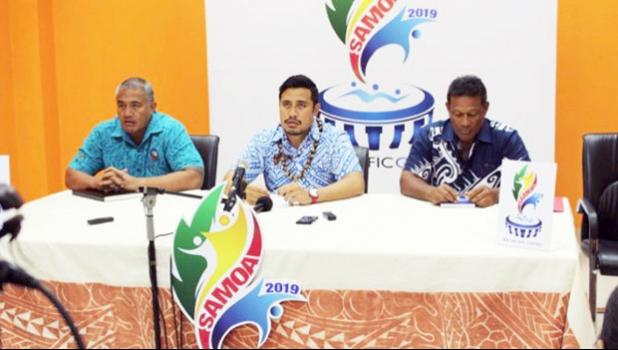 The two-week schedule covering 26 sports and their confirmed location and venue was launched as well as introducing the Technical team from China who will be assisting the Pacific Games Committee with their expertise and resources.

One stand out feature on the schedule is the staging of boxing in Savai’i during the second week of the Pacific Games. As a popular and compulsory sport for the competition, the expected turnout alone of athletes and officials will be more than 200. The confirmed venue is the Don Bosco School hall.

Pacific Games C.E.O., Falefata Hele Matatia told the Weekend Observer that it was exciting to finally be able to launch the competition schedule.

“Everything is going to plan,” he said. “We are excited about the launch of the sports programme because it’s not easy to build this, especially with the timeframe we were given and also the whole engagement with the 26 sports.

It’s a one on one individual process so getting the dates right and the venues ready that was a lot of to and fro with the directors.”

Falefata explained that Samoa Association of Sports and National Olympic Committee (S.A.S.N.O.C.) is underway with their plans to prepare Team Samoa and national sports federations have begun work to select representative squads for the Pacific Games.

“There is a Chinese technical team here to assist the S.A.S.N.O.C. team with preparations, the sports equipment required for the Games. Most importantly they will be looking at the national federations and organising transport for all the athletes and sports personnel.

There will also be some support with training some games officials.”