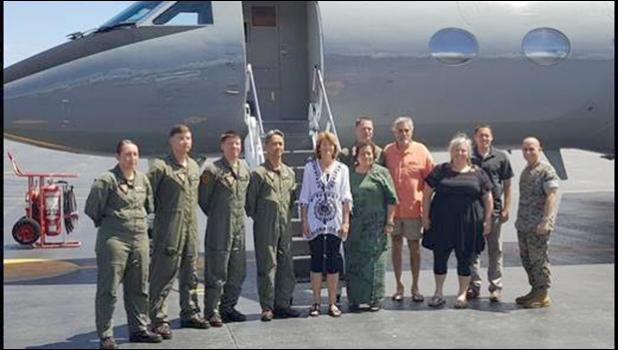 Washington, D.C. — Friday, Congresswoman Aumua Amata welcomed the advancement of her request for a third straight year of additional funds for American Samoa’s operations, as the Senate joined the House in including American Samoa’s increase in the appropriations bill for the Interior Department.

The Senate has released a first look at the Department of the Interior, Environment, and Related Agencies Appropriations Bill, 2020, and it contains Amata’s request for a third straight yearly increase for American Samoa, which is nearly $2.6 million more than the federal budget proposal for American Samoa Government.

The Senate bill’s language for American Samoa now matches the House bill, which already contains that same amount, greatly improving its prospects to be included in final legislation.

“This is more good news for American Samoa’s finances,” said Aumua Amata. “Congress has acted twice in the past few months to provide Medicaid assistance, once to provide $18 million in nutrition assistance through my amendments, and now is moving forward with the third operations budget in increase in three years.”

This would be a third straight yearly increase after Congresswoman Amata secured $718,000 last year and $250,000 the prior year – also restoring millions more than the administration’s proposals for the Territory.

Earlier this year, the House Committee cited Storm Gita upon recognizing the need for an increase, stating: “The Committee continues to be concerned about the impact of Cyclone Gita on American Samoa, and rejects the reduction proposed in the budget request. The recommendation includes a $400,000 increase for general operations.”

“Senator Murkowski has been a proven friend to American Samoa, and I want to thank her once again for this consideration of American Samoa’s needs, along with Ranking Senator Tom Udall,” said Congresswoman Amata. “On the House side, I appreciate Chairwoman Nita Lowey, Ranking Member Kay Granger, and Interior-Environment Subcommittee Chairwoman Betty McCollum, and Ranking Member John Joyce for including American Samoa in the bill earlier this year.”