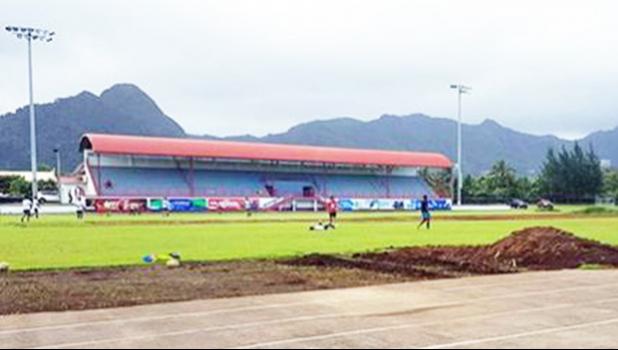 Pago Pago, AMERICAN SAMOA — The 48-year-old man charged with unlawful possession of methamphetamine after he was caught smoking ice at the Veterans Memorial Stadium parking lot appeared in High Court last week for a Change of Plea (COP) hearing.

Amoga Lave, who has been in custody since his arrest last December, is represented by Assistant Public Defender Ryan Anderson while prosecuting is Assistant Attorney General Kristine Soule.

Lave was initially charged with unlawful possession of methamphetamine. But in a plea agreement, accepted by the court, Lave was allowed to plead guilty to a lesser amended charge, a class D felony, punishable by up to 5 years in jail, and a fine of up to $5,000 or both.

With his guilty plea, Lave admits that on Dec. 26, 2019, while sitting inside his vehicle at the stadium parking lot, he smoked methamphetamine so he could stay awake. He also admits that the meth was in a glass pipe that was in his possession.

The court asked Lave if he was under the influence of illegal drugs or alcohol. The defendant said, “Alcohol.”

When the court asked when was the last time he consumed alcohol, Lave was silent for few seconds before he said, “December of last year.”

“As of right now, as you sit beside your defense attorney, are you under the influence of alcohol or illegal drugs?” Lave smiled and replied, “Not today, but in December.”

After the court accepted Lave’s guilty plea, the court ordered that he be released on his own recognizance — but only if he tests negative for illegal drugs.

Samoa News understands the test came back negative and Lave was released to await sentencing, which is set for Jan. 26.