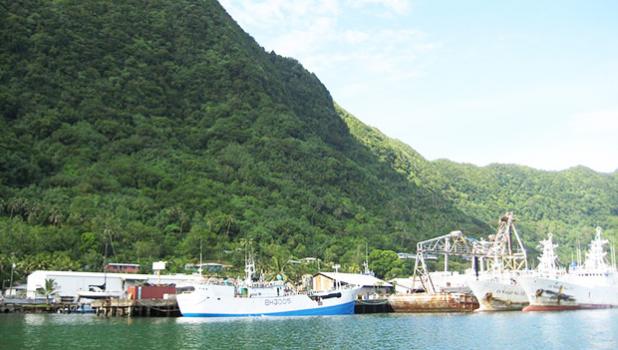 Pago Pago, AMERICAN SAMOA — The Malaloa Wharf extension project, which broke ground last year, during the last months of the Lolo Administration, is taking another step forward with the 45-day public comment period for the project’s Environmental Assessment (EA) and Draft Finding of No Significant Impact (FONSI).

There has been a lot of interest including from lawmakers on the status of this project, which is overseen by the Port Administration Department, and it has been the subject of discussions for a long time.

Port Administration issued a public notice on Oct. 18th announcing the availability of the EA and FONSI for the proposed extension of the Malaloa Wharf.

Port Administration published the notice — as a paid advertisement in this week’s Samoa News editions. An electronic copy of the EA and draft FONSI are available on the American Samoa Department of Port Administration website at https://americansamoaport.as.gov/.]

The wharf extension and associated dredging will address the space limitation issue of the American Samoa longliners and create additional wharf space for sport-fishermen and visiting yachts, according to Port Administration.

These longliners target the South Pacific Albacore mostly within the Territory’s Exclusive Economic Zone. They also provide the fish for canned albacore that specifically supplies the US military.

The local owners of longliners reached out to the Western Pacific Regional Fishery Management Council for assistance on the need for additional wharf space. The Council, in turn, provided some funding for a feasibility study.

Port Administration says it has applied for funds from the Department of Interior to fund the construction of the wharf extension.