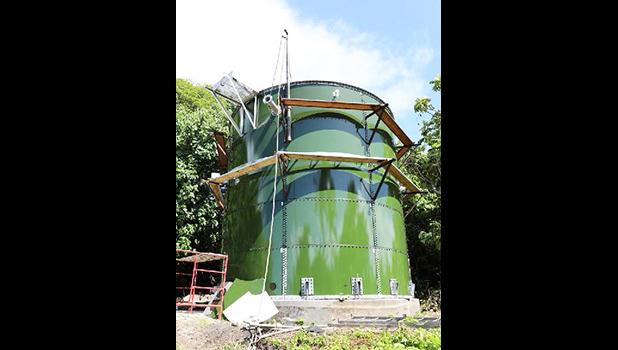 Pago Pago, AMERICAN SAMOA — Lieutenant Governor Talauega E. V Ale led a delegation that arrived in Manu'a this past Tuesday to follow up on the progress of various work development and service projects. The delegation is also tasked with identifying possible areas for future projects earmarked to develop Fitiuta, Tau, Faleasao, Ofu, and Olosega.

A press release issued from the governor’s office this week states that the Lemanu Administration’s priority for Manu'a is to ensure that essential services and major areas of development that include maintenance, operations, and administration are progressing.

The tour started with an inspection of the Fitiuta Airport facilities. Lt. Gov Talauega learned about the targeted projects in development and the need for a new compressor for the fire truck in case of emergency.

In education, there is a need to provide more teachers for elementary levels that will serve Manu'a. According to Talauega, "attracting teachers to Manu'a has always been very difficult; reclassifying teacher’s salaries is one way that would hopefully address this problem." The Lt. Governor added, "there is also the possibility of combining schools to ease the burden of a teacher shortage."

In the area of public works, roads and transportation to serve the villages are a priority. Several road projects have begun, most notably the Matasaua Rd development. The improved road system will make it easier for village members and tourists to access historical sites, such as the famous Ala i Saua, Taeao Muamua o Samoa, or Taeao na Saua. According to locals, this was the first place in Samoa that an ava ceremony took place.

One of the problems faced by the village of Fitiuta for many years has been a short water supply due to outdated infrastructure. Talauega added that the recent installation of the new ASPA water tank will provide a sufficient amount of water to families as the strategic water reserve is now in its advanced stages.

Finally, the Lt Governor held a meeting with ASG staff to  discuss the recent challenges and concerns. He addressed their concerns, saying that all ASG employees located in Manu'a must work closely together  to share information and resources. The employees also identified the need for technical assistance, professional development, and access to more training programs.

The delegation will also be travelling to Ofu and Olosega with information on that portion of the visit as it becomes available.