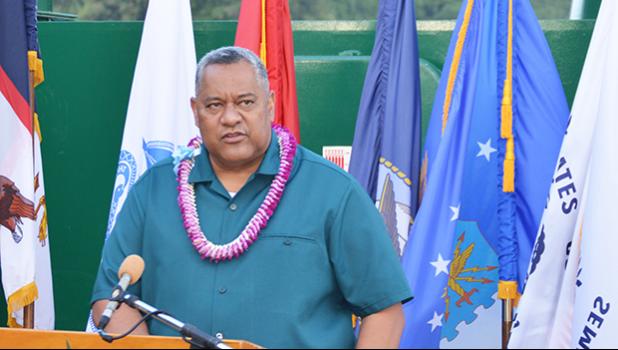 The move comes as FEMA winds down its activities in the territory, with the closing last Saturday of the Disaster Recovery Center (DRC) — transitioning yesterday into the US Small Business Administration’s Disaster Loan Outreach Center located inside the DYWA Pago Pago Youth Center.

In a May 14 letter to Department of Human Resources director Eseneiaso Liu, Lemanu noted that with the winding down of FEMA activities associated with Gita recovery efforts, “incurring overtime is no longer necessary.”

“Hence, this policy is issued to prohibit further accumulation of overtime utilizing Gita related work as justification,” Lemanu wrote in his letter.

After declaring a State of Emergency due to Gita, Gov. Lolo Matalasi Moliga issued a Feb. 13 executive order outlining, among other things, emergency procurement, hiring including overtime, which comes under the purview of the Human Resources director.  (See Samoa News Feb. 20th edition for details)

In his May 14th letter, Lemanu asked directors to make sure that employees who were engaged in Gita relative tasks do not incur any further overtime and ensure that these associated recovery tasks are performed during regular working hours.

The director of Human Resources “is directed” not to allow the approval of, and payment of overtime, commencing the date of the last batch of approved overtime.

“To ensure that we fully justify the overtime which has been paid will be reimbursed by FEMA, it is necessary that a final overtime report is prepared for the Governor and my review,” Lemanu wrote.

He explained that at the onset of Gita, the policy was issued authorizing and defining the criteria to facilitate the incurring and payment of overtime.

It's unclear at this point and it's probably not going to be known until sometime much later, the total overtime related to Gita that FEMA will reimburse to ASG. There were a lot of ASG employees who were involved in Gita related work and many of them were happy with the extra overtime income.

Although the DRC is closed, FEMA reminds all applicants that they can still get help by contacting: Helpline 699-2018; and online at <www.DisasterAssistance.gov>