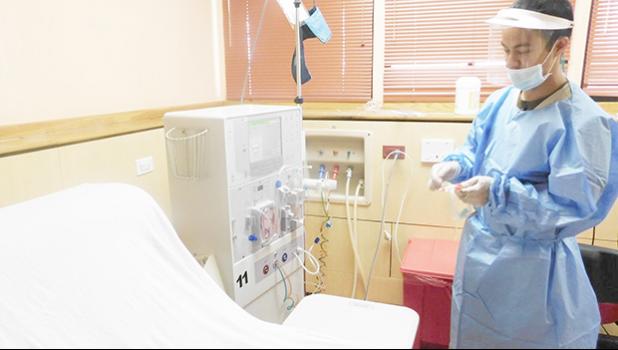 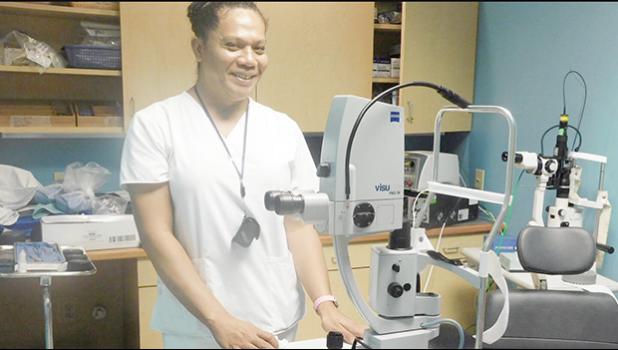 Families of 20 deceased obese/ diabetic patients were advised last year to build their own coffins because there were no ‘standard’ coffins that would fit the deceased as he/ she weighed more than 300 pounds, a mortician at the LBJ Hospital told Samoa News this week. Such is the final indignity faced by a person dying of non-communicable diseases, prevalent in American Samoa —obesity and diabetes.

This year there are already two deceased patients whose families had to have customized coffins built for their loved ones, according to one of LBJ’s morticians, Fagaalu Siaki, who said the biggest coffin sizes found on island range from 38 inches to 44 inches wide.

“My heart breaks every time I see an obese deceased person especially at a young age,” Siaki told Samoa News. He is one of the three morticians who work in the hospital’s morgue.

Samoa News was at LBJ Hospital to follow up on a lead that a person suffering from diabetes and obesity, now pregnant, had suffered through limb amputations and was of interest to the World Health Organization. However, Samoa News was unable to confirm if the WHO has interest in such a patient.

While at LBJ Medical Center, Samoa News decided to speak to several of the hospital’s medical staff about non-communicable diseases in the territory and what can be done.

According to the World Health Organization, studies done in American Samoa have shown that causes for deaths due to non-communicable diseases, in the territory, are mainly obesity and diabetes. These two are serious conditions that are a risk factor, which also causes renal failure, blindness, stroke and ischemic heart disease.

In the current 2014 survey, it was found that the prevalence of diabetes in American Samoa was 52.3% for males and 42.4% for females, and most of them are between the ages of 25 to 64 years old.

As with obesity, these rates for diabetes are among the highest in the world. Together with the high prevalence of risk factors for diabetes, such as obesity and physical inactivity in American Samoa, this data suggests that a large portion of the population is at risk for serious diabetes-related illnesses.

Chief Executive Office of LBJ Hospital, Taufetee John Faumuina said in a Samoa News interview, “The lifestyle of how our people are living is getting out of control. This is too early in life for them and they wait too long to come in and see us.”

LBJ Hospital’s aim is to prevent patients from getting to this stage but unfortunately not all patients are taking their health seriously.

For example, a 26-year-old local female, who does not wish to be identified, told Samoa News she was diagnosed with diabetes when she was 21-years old. Within 5 years, her obesity and diabetes have affected her vision, where she cannot see in her right eye and has caused two of her limbs to be amputated. “It is so hard for me to change my lifestyle because I have grown to love drinking sodas and eat out a lot.”

A General Surgeon of LBJ Hospital, Dr. Kamlesh Kumar told Samoa News that every week he is amputating a patient’s limb. “This makes me so sad to see this beautiful island with people who do not worry about their bodies. This is very serious. This happens because they do not care, they start caring once they start feeling the pain getting worse, and by the time they get to the hospital it’s too late. And I want to prevent this, because I don’t want them to come see me to cut off their toes.”

Chief of Medical Officer Dr. Iotama Saleapaga advises the public, “Please take the time out to come see the doctors. We have all the services you need here. Be compliant with your follow-ups on appointments and medications.

We really do want to help you but we cannot do our part if you are not doing yours,” the CMO told Samoa News. She advised even if it’s just a headache, come and see the doctors as soon as possible.

Many of LBJ’s medical personnel told Samoa News there are a large number of people who do not follow up with their appointments and medications, which causes them to lose the opportunity to find out what condition their health is in.

Dr. Amata Taifane of the Dialysis department said, “Once we tell our patients you need dialysis they quickly assume they are going to die when what they need to understand is that dialysis keeps your body balanced by removing waste, salt and extra water to prevent it from building up in the body so pretty much giving you life.”

According to the dialysis department the longest patient on dialysis was more than 20 years and it’s only because she followed up with her appointments and prescribed medications and lived a healthy lifestyle.

“We don’t want our patients to wait too long then come see us and it’s already too late. It shows now that people with diabetes and obesity, they are getting younger and I do not want to see my own people go,” the LBJ CEO said.