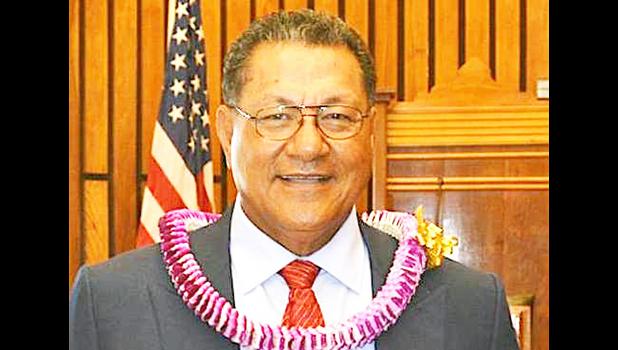 $500K from ‘Special Programs’ will go to the Fono, whose budget it $7.4M
By
Fili Sagapolutele
fili@samoanews.com

Pago Pago, AMERICAN SAMOA — After making one amendment, the Fono Joint Budget Committee yesterday passed the final fiscal year 2020 budget, without inflating the initial total budget submission of $421.48 million. Both the Senate and House now go through the final process of approving the budget bill, which must be signed into law before 12 midnight on Sept. 30th, before the start of the new fiscal year on Oct. 1st.

Before the final vote, the committee tackled a few issues, including the amendment.

Under the Governor’s Special Program, the governor allocated a $500,00 subsidy to the Fono to provide financial assistance for major projects as set by the Legislature.

Senate Budget and Appropriations Committee chairman, Sen. Magalei Logovi’i, who is also the joint committee’s co-chair, suggested transferring the $500,000 out of the Special Program, which is controlled by the governor, and into the general operations of the Fono, whose FY 2020 budget is $6.9 million.

Fono leaders explained that the Fono’s usual budget submission is $7.4 million, which is the same amount submitted to the Executive Branch for the FY 2020 budget. However, when the final budget bill was sent out, it showed — again — the Fono budget at $6.9 million while $500,000 — again — is under the Special Program.

Rep. Larry Sanitoa suggested keeping the $6.9 million for the Fono as it was submitted in the budget document. He noted that the government had encountered low revenue collections in the past and government employees, paid by local revenues, are not getting their increments.

Fono leaders explained that $7.4 million is how much is needed to operate the Legislature, which is a separate/ independent branch of government, and this is the same amount that has been submitted in the past to the Executive Branch.

When it was put to a vote to transfer the $500,000 from the Special Program to the Fono’s budget, the majority agreed, making the Fono’s final FY 2020 budget $7.4 million.

Senate President Gaoteote Tofau Palaie said Fono leaders will discuss how to utilize the $500,000 and reiterated that $7.4 million is the amount needed to operate the Legislature.

Magalei pointed out that the FY 2020 budget as presented — and if approved — will have some senior aides at the Governor’s Office earning the same pay as the Lt. Governor, which is $75,000.

Lawmakers were reminded about testimony by Human Resources director, Eseneiaso Liu, that her office has a proposal from the governor, hiking salaries up to $75,000 a year for 10 executive branch directors, who oversee large departments.

Magalei said he believes it’s not right when senior aides at the Governor’s Office as well as some directors make the same amount of money as the Lt. Governor. He also mentioned the Fono office expense allowance for lawmakers, about a possible increase if that’s what the Fono wants.

Two other lawmakers pointed out that the salaries of the governor’s aides and cabinet members are set by the governor, and there’s not much the Fono can do about it.

Senate President Gaoteote Tofau Palaie said the priority is to move the FY 2020 budget forward and enact it into law, and other issues can be revisited at a later time. He added that salaries of cabinet members is a decision made by the governor.

Gaoteote said both chambers have their respective version of the Administration bill for discussion and debate, but the joint budget committee hearing is not the appropriate venue for such discussions.

He explained that the Senate version of the bill is tabled for further discussion, adding that the raises for the governor and lt. governor proposed in the bill is effective Jan. 3, 2021, so there is still time to review — while the pressing issue is the FY 2020 budget.

“Let’s not force this issue” but allow each chamber to conduct their own review and decision, said Gaoteote. Other lawmakers agreed and the issue was put to rest.