Freedom Run and Obstacle Course back for third year 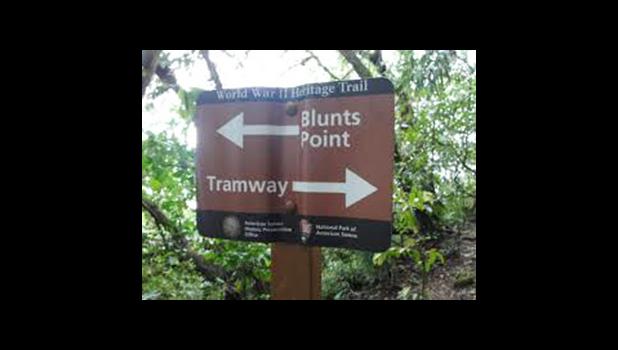 Pago Pago, AMERICAN SAMOA — The "Freedom Run & Obstacle Course" is back for the third year on June 30.

The 'Long Course' (3 Peaks) starts from South Pacific Watersports in Utulei, heads to Blunts Point, then to Fagasa Mafa, and then to the Tramway.

The 'Short Course' (2 Peaks) includes Blunts Point and the Tramway, with both courses finishing up at Utulei Beach Park at the McConnell Dowell Obstacle Course.

Entry fee is $10 for adults and children 18 years and under are free. For more information call SPW on +1 (684) 633-3050 or visit the SPW Facebook page @SouthPacificWatersportsSamoa.

Utulei Beach Park restrooms have new tiling, toilets and urinals and the shower has been moved for better access. Lions and Onesosopo Parks will also receive new toilets and urinals. The three parks are popular venues for reunions, camps, picnics and other gatherings all year round.

The renovation work is being funded by a grant of $75K from the Land and Water Conservation Fund. The public bathrooms at all parks are open from 6.00am to 10.00pm Monday to Sunday.

Tropical cyclones are slowing down and dumping more rain on places they hit as a result of climate change.

The research, published today in the journal Nature, measured cyclones from 1949 to 2016 and found that the speed at which they move has slowed by 10 percent worldwide.

James Kossin's study focuses on what's known as translation speed, which is how quickly a storm moves over an area, such as from Vanuatu to Fiji, rather than its wind speeds.

Dr Kossin's research showed that over the past 68 years, cyclones have slowed by 10 percent globally as the planet warms. That means, they're sticking around for longer.

In this region, it's been even more dramatic.

In the western north Pacific, the slowdown's been 30 percent; in the 'Australian' region it's 19 percent.

Registration for Aoga Samoa i Afioaga or ASIA is now open and will continue until June 18, according to the Dept. of Education

The vision of the American Samoa Department of Education is for all our children to achieve success locally and abroad; to understand the Samoan language and culture; and to be proud of their heritage, while appreciating the cultural diversity of American Samoa.

THIS MONTH IN AMERICAN SAMOA HISTORY