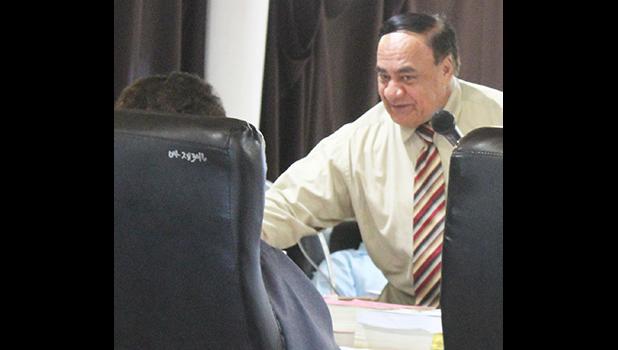 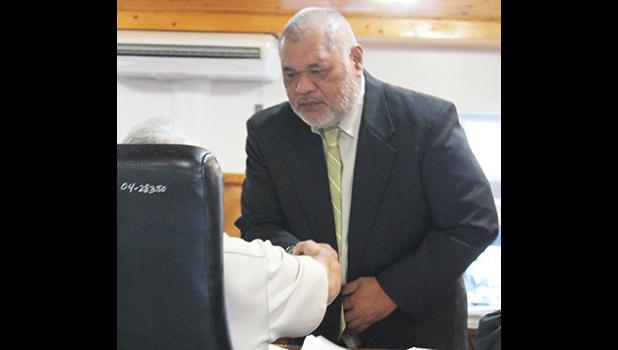 Pago Pago, AMERICAN SAMOA — Before the Fono took a three-week mid-session recess at the close of business last Friday, both the Senate and House during their respective sessions, endorsed the governor’s nomination of Sala Dr. Sataua Mata’ese Samuelu as the new Agriculture Dept. director.

Also last Friday, the Senate approved the governor’s nomination of Ufagafa Ray Tulafono to the LBJ Medical Center board of directors. In accordance with local laws, only the Senate confirms LBJ board members. House confirmation is not needed.

The Senate and House agreed to take a three-week recess — through respective concurrent resolutions — and reconvene on Feb. 10th.

Sala, who replaces former director Filifa’atali Michael Fuiava who resigned last month, told the Senate Agriculture Committee during his confirmation hearing earlier Friday that if confirmed by the Fono, he is prepared to take over the directorship post and will carry out his duties and responsibilities with honesty.

Sen. Fonoti Tafa’ifa Aufata wanted to know what plans Sala has to improve the department. Sala responded that the department is doing very well, but there is a need to move forward with some of the work, such as the government providing support and help for farmers and those who raise livestock.

Before joining DoA, Sala — who is a long time educator — worked at the Governor's Office handling the "American Samoa Tusi Fa'alupega" book project. Asked by Sen. Tuaolo Fruean about what will happen to the book, Sala said it’s almost complete and he will continue handling the project until it’s done.

In a Jan. 14th letter to Fono leaders on Sala’s nomination, Gov. Lolo Matalasi Moliga said the director-nominee “not only has a distinguished educational background but also has a demonstrated record of leadership and public service that has well prepared him for this position.”

Sala holds a Doctorate in Education from Argosy University, a Masters in Education from  the University of Phoenix, and a Bachelor’s degree from the University of Hawaii-Manoa. Lolo said Sala has experience as an administrator, having served as either a vice principal or principal for public schools, and his time at DOE and as a faipule for Ituau District (in the 35th Legislature) “has given him a keen understanding of the challenges of such an important role.”

Lolo said it’s “critical to have individuals with the experience and leadership qualities” such as Sala in director positions to serve the people.

In his Jan. 13th cover letter that accompanied his resume submitted to the governor, who forwarded it to the Fono, Sala said he has “strong organizational skills, educational background" and the ability to work well with people. "My previous experience working as a school leader and a businessman gave me business and leadership experience," he said, adding that he is "extremely confident” in his administrative abilities in “maintaining a professional work environment at all times for the benefit of my employer."

"No promises are to be made but I guarantee you all, if I am confirmed, I will bring in people that have the expertise and educational background to relive the triumph of the department," he said.

Although retired from public service, Ufagafa told the Senate Hospital/ Health Committee that he is prepared and willing to step forward to assist when called upon. He thanked Lolo for nominating him to the board and said he is prepared to dedicate himself to this role if confirmed by the Fono.

Sen. Logoai Siaki raised an issue that he says needs the attention of the LBJ board and management. And that is, getting specialized physicians to give the right diagnosis when a person is admitted to the hospital. He said he has heard of incidents where, by the time the patient is taken off island for a medical evaluation — such as cancer — it has already reached stage 4 or 5.

Logoai further recalled the case of his wife, whom for 4 years kept going through medical check-ups at LBJ but by the time she was finally sent off island, she was already at stage 4.

Such specialized physicians could also cut down on sending patients to New Zealand for medical treatment, said the Manu’a senator.

Ufagafa has been serving on the LBJ board since his “recess appointment” was made by Lolo on Dec. 2, 2019 to fill the vacancy made by the passing of board member Utoofili Asofa’afetai Maga.

In his official Jan. 14, 2020 nomination letter to Fono leaders, Lolo said Ufagafa “is eminently qualified to continue” as a board member, with his many years of leadership and public service experience. Background information provided by Lolo states that Ufagafa is a 1972 graduate of Chadron State College with a double major in Chemistry and Biology. He also completed two years at the University of Hawaii School of Medicine and has been a member of numerous boards and Commissions including the Western Pacific Regional Fishery Management Council.

“Ufagafa will continue to bring a vast amount of knowledge and experience that will benefit the board, and most importantly, the people of American Samoa,” the governor wrote.