Firefighter who pled guilty to drug charges sentenced to probation 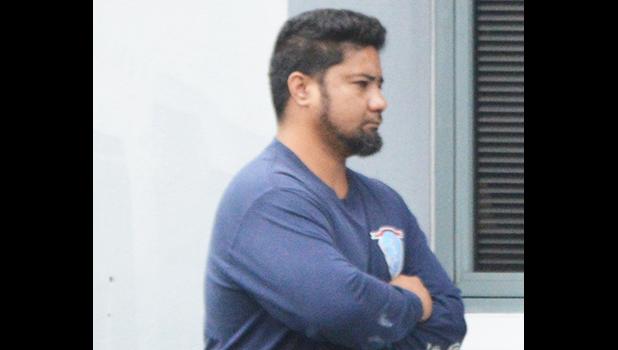 Judge refers to two prior similar cases of “simple possession” as reference to sentence
By
Blue Chen-Fruean
blue@samoanews.com

Pago Pago, AMERICAN SAMOA — The High Court of American Samoa has given Henry OBrien a "chance", by placing him on probation, in lieu of jail time at the Territorial Correctional Facility (TCF).

He said the defendants in those cases appear to be doing good on probation and "the court will give you that chance," Patea said to OBrien, who opted not to make a statement.

During his remarks, defense attorney Assistant Public Defender Rob McNeill told the court that OBrien was arrested earlier this year in June and within a week of him getting the case file, OBrien entered a plea. "He took responsibility", McNeill said, before asking the court to consider the letters written in support of OBrien, by his wife and church pastor.

McNeill said his client is a "very lucky man who got caught when he did," because the situation could have been worse.

According to McNeill, OBrien is a father of 4 who is truly "remorseful" and has "taken steps to make amends with people he needed to."

Patea said the case against OBrien is not one that involves the sale or distribution of illegal drugs. "It has to do with possession of paraphernalia, and he has admitted to usage."

Patea continued, "In the backdrop is a 35-year-old who has remained relatively clean. He has no criminal record besides some traffic citations. He comes from a stable background and has strong community support."

According to Patea, the pre sentence report undoubtedly agrees with the recommendation from both sides and "we all agree, that imprisonment is not an appropriate sentence."

Patea then sentenced OBrien to 5 years probation under the condition that he remain law abiding and sober. He is not to possess or distribute any drugs - controlled or synthetic. He is subject to random testing and he has to undergo an assessment for drug dependency. Furthermore, he must attend and successfully complete a counseling program and he is responsible for all associated fees.

OBrien was ordered to pay a fine of $2,000 which will be deducted from the $2,500 bond he posted for release. The remaining balance will be given back to him. OBrien was also ordered to serve 20 months at the TCF without release for any reason unless it is a genuine medical emergency or by order of the court.

The court however suspended the term of imprisonment (he will be credited for time served) on the condition that OBrien complies with all the conditions of probation.

Prior to his legal troubles, OBrien was a firefighter. His attorney told the court yesterday that OBrien was never terminated.

"It appears that you still have a job," Patea said. He then told OBrien that he must remain gainfully employed throughout his probation term. Before OBrien was dismissed, Patea ordered him to take care of the traffic offenses against him in District Court. "This falls under the condition that you remain law abiding," Patea concluded.

OBrien was one of three people arrested after armed detectives of the DPS Vice & Narcotics Unit executed two search warrants earlier this year in June, in Petesa and Tafuna.

In a plea agreement with the government, O’Brien pled guilty to unlawful possession of a controlled substance, to wit; methamphetamine. With his guilty plea, O’Brien admitted that on June 28, 2018 he unlawfully possessed a glass pipe that contained meth.

OBrien was the driver of a truck that was pulled over by police in the Tafuna area on June 28. He was informed of the search warrant and when a body search was conducted, a glass pipe containing a crystalline substance was found in the front right pocket of his pants.

In his statement to police, O’Brien said he found the glass pipe in front of a store; he picked it up, and put it in his pocket. His two co-defendants are Sui Tago Jr and Misi Suia.

Tago Jr on the other hand has been sentenced to 5 years for unlawful possession of meth.