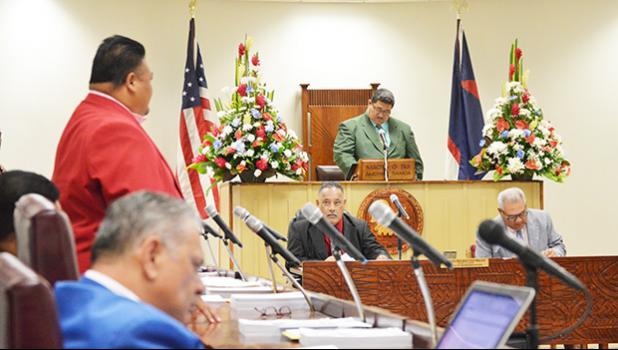 Pago Pago, AMERICAN SAMOA — A House hearing with members of the new COVID-19 Task Force is now scheduled for Tuesday at 8:30a.m. This was confirmed by the Chair of the House Health Committee Rep. Andra Tereise Samoa.

The hearing has been called after many issues were raised regarding how the Task Force will deal with passengers from the repatriation flights that arrive from Hawaii later this month.

Representatives said during House Session this week that according to reports from members of the Task Force, about 160 passengers have been approved for the first repatriation flight from Hawaii.

Several faipule told Samoa News that the first two flights should not be based on ‘first come first serve’ basis,  but should be those passengers that were stranded from March of last year. They praised the new Administration for stepping up but they wanted to know if those who're be on the frontline, including the facilities, will be ready for the big task.

The House Vice Speaker Fetu Fetui Jr said that based on the reports from the Task Force, all the passengers from the first two flights will be taken straight from the airport to Tradewinds Hotel, where they will quarantine for 14 days. Before they arrive in American Samoa, they will quarantine in a facility in Honolulu for 10 days, before going straight to the flight to come home.

Speaker of the House Savali Talavou Ale said that all issues reps are concerned about  will be clear after the hearing next week.