AS-EPA director Ameko Pato passes away suddenly over the weekend 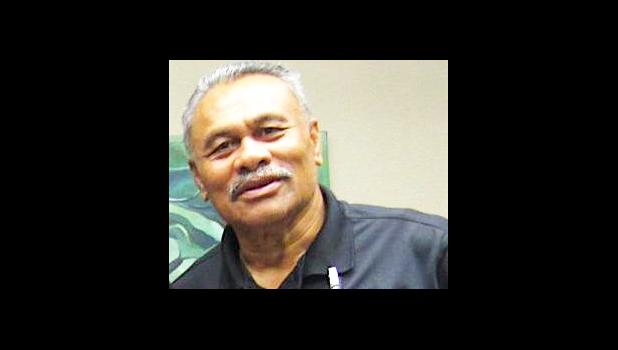 Samoa News understands Pato died at the LBJ Hospital, where he was transported after he collapsed during an event hosted for a delegation of visitors from Region IX and other parts of the US who are in the territory for the 40th US Coral Reef Task Force Meeting, which opened Monday, Aug. 13 and ends Thursday, Aug. 16 at the Gov. H. Rex Lee Auditorium.

Sources at the AS-EPA say Pato was supposed to have a sit-down meeting with the group yesterday.

Pato has served as AS-EPA director since the first term of the Lolo-Lemanu Administration. A long time educator, Pato was an avid walker and believed in being pro-active in health issues that affect our community, i.e. high blood pressure, diabetes, heart problems, etc.

Earlier this year, when he spoke to Samoa News about AS-EPA's role during the Tropical Storm Gita relief efforts, Pato touted the equipment and tools AS-EPA was using to locate damaged homes.

"We get the job done," he said. "We have to the tools, and the people, to make it happen."

The conversation then took a turn and he started talking about how many steps he logs per day. (Pato's exercise regimen included walking everyday at 3 p.m. from the town area all the way to Nuuuli and back.)

"5,000 steps or more a day," he told Samoa News with a big smile on his face. The rest of the conversation was about his grandkids. He spoke fondly of them, and how they keep him on his feet.

Two years ago this month, Pato was elected by his peers to serve as the Region IX representative on the Association of State and Territorial Solid Waste Management Officials (ASTSWMO) Board.

He leaves behind his wife, current president of the American Samoa Community College (ASCC) Dr. Rose Makaiwi Pato, their 5 children, and grandchildren.

The Patos are staunch Catholics, long time members of the St. Joseph Co-Cathedral Parish in Fagatogo. Father Viane said of Pato, "HIs heart was in the right place, and this was shown through his love for his family, and through his work for the people of American Samoa. This was especially true when it came to the church, he was always willing to donate."

Pato is the second cabinet member to pass away this summer. ASTCA executive director and former faipule Puleleiite Tufele Li'amatua Jr. passed away two months ago.

Samoa News extends its condolences to Dr. Rose Makaiwi Pato, children, and grandchildren on their loss.