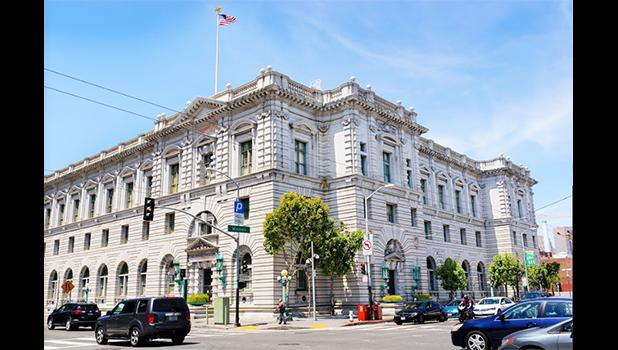 Latest decision in conflict was years in the making
compiled by SamoaNews.com staff

Pago Pago, AMERICAN SAMOA — The American Samoa government was dealt a setback Friday when the Ninth Circuit Court reversed a decision that blocks large fishing vessels from fishing in a zone around the territory known as the Large Vessel Protected Area (LVPA).

In 2016, the government of American Samoa claimed in a federal lawsuit the United States shrank a prohibited fishing zone around the South Pacific territory that was meant specifically for local fishers. The zone changed from 50 nautical miles to 12.

Boats larger than 50 feet were blocked from fishing in a rule making that was meant to avoid gear conflicts and competition between large fishing operations and local vessels.

American Samoa claimed the U.S. rule change ignored the relevance of the local fishery to the Samoan culture and the Deed of Cessions between island chiefs and the U.S. government.

But in 2016, the U.S. government said there was only one small vessel in the territory that was fishing in the waters — something the American Samoa government denied in its federal complaint filed in the District of Hawaii.

The territory also argued the 2016 rule violated the Magnuson-Stevens Fishery Conservation and Management Act, which determines regional stocks and catch limits meant to consider the social and economic needs of states.

In March 2017, a federal judge found that the government’s final rule was invalid because it did not take into consideration whether the change was consistent with the treaty and said the U.S. government acted “arbitrarily and capriciously because it relied on a rationale that was contrary to the evidence before it.”

In a 4-page memorandum released Friday, a three-judge panel reversed the court’s judgment. They found the government agency did not ignore input from the American Samoa government and the impact to the small alia fishing boats.

“It is of little import that NMFS did not specifically cite the cessions when detailing the ‘other applicable laws’ it consulted, as NMFS considered the consequences of the rule on alia fishing boats, and rationally determined the effects were not significant,” the memorandum states.

The judges noted that since 2006 just a handful of alia vessels operated on a regular basis and only one was active in 2013 and 2014.

“The Western Pacific Fishery Management Council and ASG are developing strategies to develop and increase alia fishing, however, and NMFS will annually review the effects of the rule, providing ASG the opportunity for further input and challenge,” the panel wrote.

The case was originally argued before a panel that included Senior U.S. Circuit Judge Jerome Farris who died in July. According to the Ninth Circuit, Hunsaker reviewed the briefs, records and oral arguments to replace Farris.

In 2015 Senate President Gaoteote Tofau Palaie led a call by several senators for local alia and longliner fishing fleets to work together in finding a solution that works for all parties concerning what was then the proposed federal move to temporarily expand the Large Vessel Prohibited Area (LVPA) around American Samoa waters.

Data provided by the Western Pacific Regional Fishery Management Council during a Senate committee hearing more than a week prior stated that in 2014 there were 19 active longline vessels but “zero” active small vessels, or alias in the same year.

Former lawmaker Va’amua Henry Sesepasara, who at the time was president of the Alia Fishing Association made a presentation on behalf of the alia fishing fleet, saying that there are some 30 alia based in Tutuila, and 19 of them are members of the alia association, some of whose members were in attendance at the hearing.

Va’amua also noted that the alia fleet was doing well years ago in their fishing but that declined drastically when the large vessels started operating in the territory more than a decade ago, and this was one of the reasons the LVPA was set up.

Another alia boat owner testified that alia boats used to bring in a lot of albacore tuna, but with the larger fleets, things changed for the alia boat owners, who depend on fishing for their livelihood.

However, Tautai Association secretary at the time, Krista Haleck-Corry, who is an American Samoan, informed the Senate committee that longliners are also owned by indigenous Samoans.

“We’ve never had any problems, any entanglements of fishing lines [with alias]. We have different gear than the alia fishermen, [and] we’re willing to work with the alia fishermen. We’re all Samoan,” she said, adding that fish stock migrates and does not stay in one place.

Because the fish stock does not stay in the protected 50 nautical miles LVPN, her boat also must follow the fish as they migrate and “we go where the fish goes,” she said.

“Economically, we support the community here. We support the tradesmen here, we support the local stores, so if something happens to us, that’s more economic hardship on other people. We [also] supply the cannery,” she pointed out.

Tautai Association president at the time Christina Lutu-Sanchez, who along with her husband operates a longline fishing fleet, later told Samoa News that it was pointed out to senators that there have never been any gear conflicts, and “we also have supported this closure for many, many years but the local longline fleet is in a very serious situation and the data shows that this area is not utilized.”

“More importantly, one of our goals —  for Samoans to have larger boats — has been met, i.e. most of the ‘active’ longliners in this fishery are Samoan-owned,” she said, noting that they helped create the LVPA closure. “Furthermore, access to this area does not guarantee that the fleet will be saved, but it is an effort to keep the local fleet operating, so it is worth a try.”

It was also at this time that Tautai o Samoa called on the federal government to declare an economic disaster for the U.S. longline fishing fleet in American Samoa and to authorize an emergency measure which would allow the association's fleet to fish in the currently restricted Large Vessel Prohibited Area (LVPA) waters of the territory.

In February of 2020 the Ninth circuit heard oral arguments where then- Attorney General Talauega Eleasalo Va’alele Ale contended that the Deed of Cessions “covers more than just ‘alia fishing. It covers and protects culture. The culture of the American Samoa people.”

However, federal attorney Robert Lundman, arguing for the US National Marine Fisheries Service (NMFS), countered that there’s no language in the Deeds that protects fishing rights, and that the US has jurisdiction over territorial waters — including the high seas.

(Portions reprinted from Courthouse News Service are in compliance with its terms of use.)