Bank of Hawaii scheduled to close local operations in August 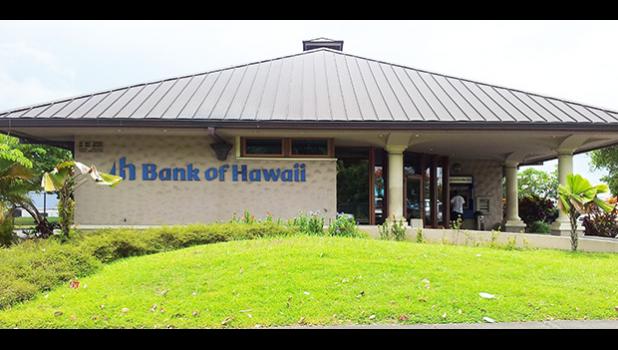 The announcement comes 6½ years after Bank of Hawaii made its initial announcement in November 2012 of its intention to depart the Territory and concentrate its focus on its Hawaii and West Pacific operations.

Despite scaling back operations and closing its Centennial Office in 2016, Bank of Hawaii never fully ceased operations. That was due largely to a personal request from Governor Lolo Matalasi Moliga to Bank of Hawaii Chairman, President and CEO Peter Ho in December 2013 not to leave the territory until replacement banking services became available.

Ho agreed to remain in American Samoa until suitable accommodations were in place. “Our commitment is to provide a smooth transition for our customers and the American Samoa government, and we will not leave until we are comfortable that the depository needs of the territory can be appropriately accommodated,” Ho said at the time. “We want to be supportive.”

Governor Lolo responded by saying, “Peter Ho’s decision to delay Bank of Hawaii’s departure from American Samoa reflects not only his leadership character, but that of Bank of Hawaii putting people first instead of profits, thereby promoting the true spirit of aloha.”

Since that time, the American Samoa government has been successful in establishing the Territorial Bank of American Samoa (TBAS), which opened for business on Oct. 3, 2016. It received final approval to access the Federal Reserve’s U.S. payments system in April 2018. To help with the transition, Bank of Hawaii gifted its Centennial Branch and the BOH residence in Gataivai to TBAS.

TBAS is poised to receive any and all customers that wish to open accounts. In a statement, TBAS president Drew Roberts said, “We are grateful for the help of Bank of Hawaii and mindful of their contribution to the island. We have developed a good relationship and look forward to working with them during these next few months.”

Ho said, “We could not be more grateful to our team of dedicated employees, including our branch manager EJ Ozu, who have stayed on the job to help ensure a smooth transition for our customers. We also want to express our appreciation to all of our customers and the community for the opportunity to serve them over the years.”

Current Bank of Hawaii consumer accountholders in American Samoa will have the option of remaining customers or closing their accounts. For those consumers wishing to remain BOH customers, their accounts will be transferred to Honolulu. These customers will have a variety of means to transact with the bank, including online, by phone, or mobile, such as remote deposit. Consumer time deposit holders and IRA clients will be able to continue doing business with the bank by mail.

Business accountholders who do not move their accounts to another bank prior to Aug. 16, 2019, will be mailed a cashier’s check for the balance in their account.

Bank of Hawaii, which began operations in American Samoa in 1969, currently has six employees. Those employees will have the option of applying for open positions with BOH in Hawaii or the West Pacific. Employees not continuing employment with Bank of Hawaii will be provided separation benefits, outplacement services and access to the bank’s Employee Assistance Program along with health coverage through COBRA.