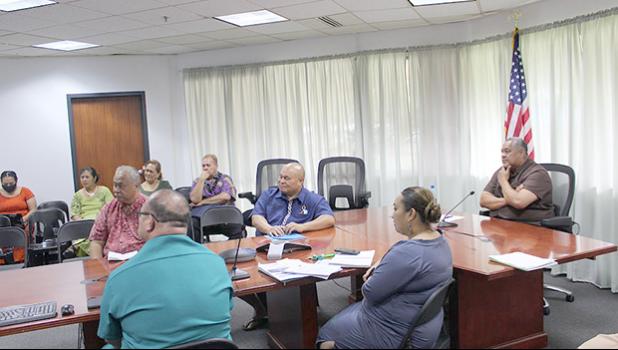 According to brief information released on the ASG website — (americansamoa.gov), the meeting was facilitated by DOI Office of Insular Affairs director Nikolao Pula from Washington. D.C and Pula shared priorities for US territories under the Biden-Harris administration.

The brief statement by the Governor’s Office states that Pula — during the virtual meting — also touched on how American Samoa has administered COVID-19 vaccinations effectively to date with 32% of the population having received both doses of either the Pfizer or Moderna vaccines, ranking number 2 in the nation.

Lemanu, in response, recognized with appreciation the attention and support the DOI officials have continued to give American Samoa and affirmed the commitment of ASG to work together with DOI for the well-being of the people of American Samoa.

Meanwhile, there has been no official statement or announcement from DOI as to whether or not there will be a 2021 meeting — even a virtual one due to the COVID-19 pandemic — of the federal Interagency Group on Insular Areas (IGIA) which was established in 2010 by Presidential order.

The annual meeting, usually held in Washington D.C. in February provides a forum for officials from the insular areas to share a wide range of issues with federal officials.