All payments by non-Medicaid charter travelers went to Hawaiian 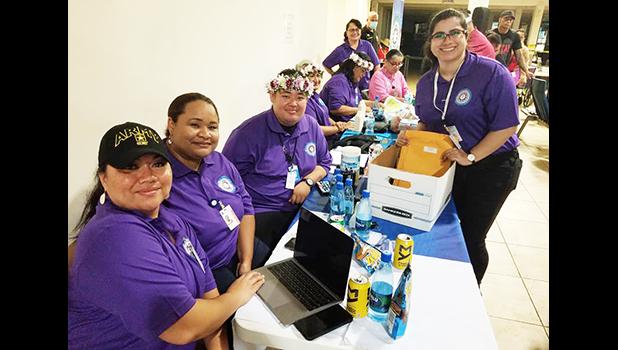 Pago Pago, AMERICAN SAMOA — The cost-share paid by non-Medicaid passengers on the medical charter flight to Honolulu last week, went to Hawaiian Airlines to pay for the balance of the cost of the charter, totaling more than $200,000, according to Sandra King-Young, director of the American Samoa Medicaid State Agency.

Responding to follow-up questions on the charter flight, King-Young said the total cost of the charter was $245,000 and the total number of passengers was 276 — which included two medical escorts, 88 patients, 62 support patient escorts, 45 students heading to the US for colleges and 79 repatriation travelers — the US residents who have been stranded here since Hawaiian Airlines flights were suspended in March of this year.

Of the total charter cost, King-Young said Medicaid/Centers for Medicare & Medicaid Services (CMS) pays for the portion attributed to the cost share of the Medicaid eligible patients and their escorts.

Early this week, Samoa News started receiving requests asking whether the local Medicaid Office is planning another medical charter in the future, with the rumor-mill working over-time that a charter is scheduled in two-weeks time.

Asked about the chances of a second medical charter, King-Young responded, “That will be up to LBJ if they request one from Medicaid, and whether the Governor approves another charter.”

She expressed sincere appreciation to all those who made the July 21st charter possible.

The local Medicaid Office along with the governor continues to receive praise and thanks — via social media platforms — from travelers on the charter flight, as well as passengers’ families — for operating this flight getting patients to Hawaii in who were in need of medical attention, and also from students getting to their colleges in time for the Fall semester to start. Those who have been stranded in American Samoa for a long-time, were also grateful for the charter.