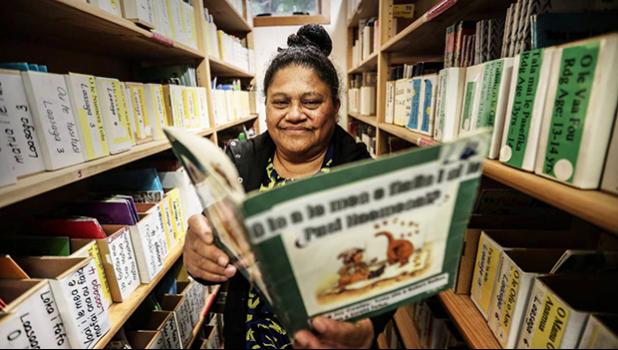 It's in her own time, but the bilingual Samoan teacher at south Auckland's Finlayson Park School says "I just have to" because there aren't enough resources for Pasifika language units available in New Zealand.

Felise, 59, wants the government to either ramp up its support of Pasifika bilingual education – or compensate the teachers compelled to make course materials essentially from scratch.

Ministry of Education entablement and support sector deputy secretary Katrina Casey confirmed the ministry was aware of the issue.

Twenty-one other schools around New Zealand offer bilingual and/or immersion units in Pacific languages, according to MOE figures from 2018.

The MOE recognises that Pasifika children – whose school attendance rates are well behind the national average – "are more likely to engage, feel good about themselves and succeed" in a bilingual context, said Casey.

Felise herself left Samoa to attend Bible college in New Zealand, in 1980. She went on to work in a light switch factory, manage a strawberry farm, and become a dental assistant – all the while teaching Sunday school classes.

When a friend suggested she got a teaching degree and take to the classroom full-time, Felise thought "maybe I can do that". She graduated and started work at Finlayson Park 12 years ago.