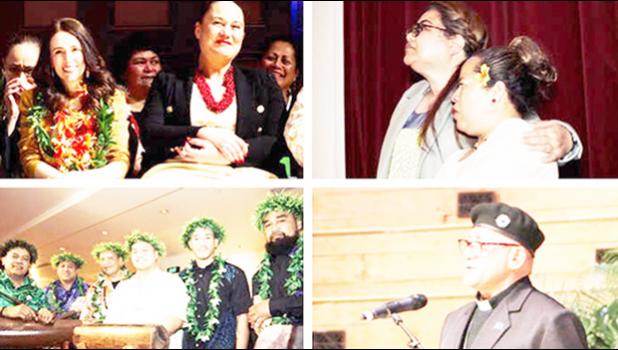 Prime Minister Jacinda Ardern on Sunday (NZ time) gave a formal and unreserved apology on behalf of the government for the Dawn Raids which she said left Pacific communities feeling "targeted and terrorized." Accepting the apology for the Pacific community were many people whose lives were disrupted and sometimes shattered by the NZ govnt policy at the time. Read stories in Monday's Samoa News. [photo: RNZ Pacific composit]