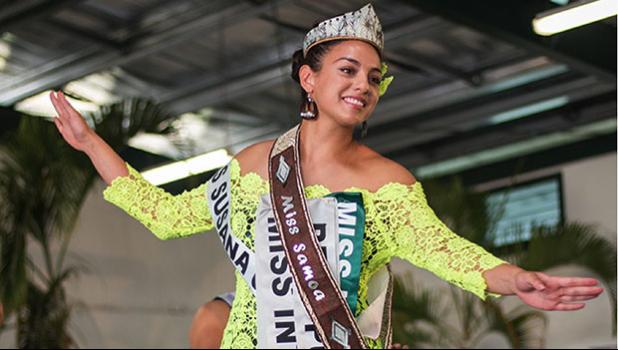 NEW MISS SAMOA: Miss Samoa Sonia Piva takes her first siva Samoa after she was crowned at Salelologa over the weekend. She was one of nine contestants who vied for the title during the pageant finale at Don Bosco Hall at Salelologa, which was packed by supporters, families and friends. Ms. Piva takes over from outgoing Miss Samoa, Papali’i Alexandra Iakopo.  She is the daughter of Maria and Terry Piva of Australia, Fagali’i and Salelesi.  [Photo: Samoa Observer / Misiona Simo]