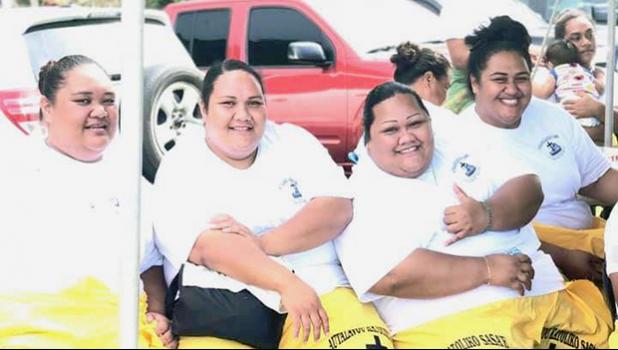 Some players from the East Side Zone of the Diocese of Samoa Pago Pago who are currently participating in a summer cricket league against three other Zones: West, Central, and Fagaloa. As of this week, all the girls teams from the four zones were even, with 1 win and 1 loss on their records. For the men’s division, the East Side Zone is undefeated. If they win the next game — this Saturday — they will take home the championship title. [photo: courtesy]