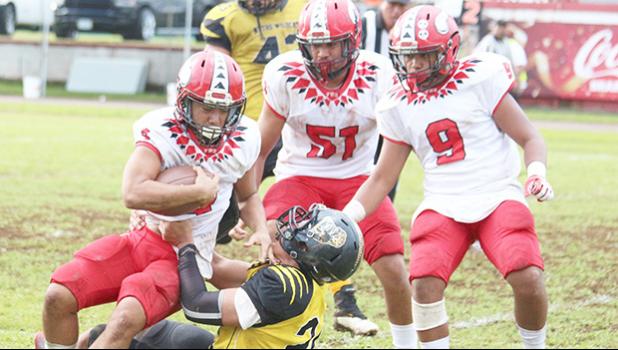 Faga’itua Vikings O’Neil Ah-Chee struggling to break a tackle against a Nu’uuli Wildcats defender at midfield during the second quarter of their varsity play-off match up when the Vikings were running their two minute no-huddle offense. Faga’itua won 27 - 6 and will proceed to the semi-finals.  Saturday’s JV action, between the Leone Lions and Marist Crusaders concluded in favor of the Crusaders after a 6 - 0 victory.  More photos in today’s sports. [photo: Tony Gasu]