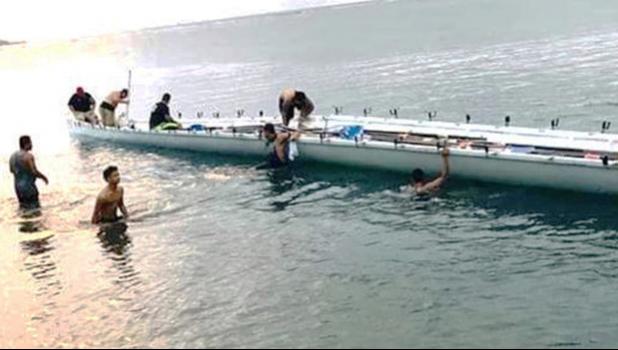 The list of this year's fautasi competitors went down by one Tuesday, after Fagaalu's Fetu ole Afiafi broke during practice.  Fortunately, nobody was hurt. Samoa News understands that the auva'a for the Matasaua helped the Fetu crew members secure the boat. Other fautasi crews who were nearby also lent a hand.  With the 2019 Flag Day fautasi race being less than 48 hours away, there isn't enough time to get the Fetu up and running in time to compete. So - it’s 10 fautasi for the regatta. [photo: courtesy]