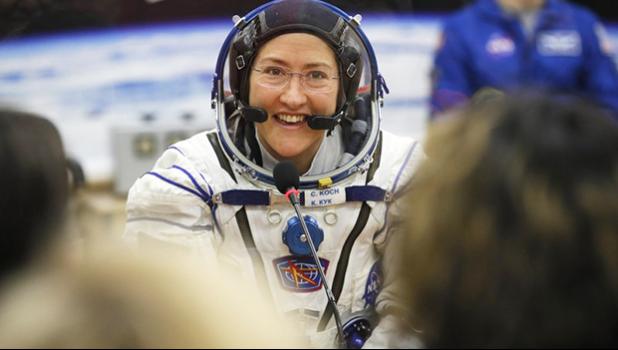 CAPE CANAVERAL, Fla. (AP) — A NASA astronaut will spend nearly a year at the International Space Station, setting a record for women.

Station astronaut Christina Koch will remain on board for about 11 months, until February. That approaches but doesn’t quite break Scott Kelly’s 340-day U.S. record. She knew before launching last month that her flight might stretch into 2020. She says it’s awesome.

Another NASA astronaut will also have an extended stay. Andrew Morgan will launch to the space station this summer for a nine-month mission — also considerably longer than the usual six months.

Koch will break the record of 288 days for the longest single spaceflight by a woman at the end of December. Retired astronaut Peggy Whitson is the current record-holder.

America Samoa knew Koch as Tina Hammock, who in 2013 was the NOAA station chief for their Climate and Atmosphere Observatory on the eastern end of Tutuila at Cape Matatula. She left American Samoa that year after being chosen from a pool of over 6,000 applicants to become a NASA astronaut.