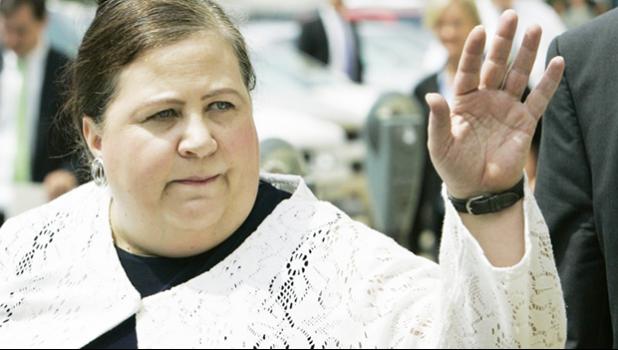 NOT REAL: Head of Democratic Party hit with federal charges — hauled out in handcuffs.

THE FACTS: Alabama Democratic Party Chairwoman Nancy Worley was not recently arrested and taken away in handcuffs after being indicted on several felonies and misdemeanors. The stories on Conservative Army and Right Wing News sites are running a story built on decade-old criminal allegations and do not make clear that most of the charges were dropped. Worley was indicted in 2007, while serving as Alabama’s secretary of state, on charges that stemmed from campaign material she sent to her employees while serving in that office during her 2006 re-election bid. In 2012, she pleaded guilty to a misdemeanor charge of soliciting campaign support from office staff.

NOT REAL: A Muslim waitress denied service to churchgoers at a Michigan Waffle House

THE FACTS: A false story circulating online claims a Muslim waitress refused to seat a group of 27 Christian choir singers at a Waffle House in Michigan. Waffle House doesn’t operate any restaurants in Michigan. The location used in the story is also fictitious. “It’s not a true story,” Pat Warner, a spokesman for Waffle House, said. The false report first began circulating earlier this year on a satire site but resurfaced in an online blog again this week.

THE FACTS: Online claims that aluminum is bad for your health are not new. One that surfaced this week claims aluminum is “neurotoxic” and can lead to mental decline — even Alzheimer’s disease. Everyday exposure to aluminum is not considered a health hazard, experts say, and it is nearly impossible to avoid the metal. Most food, water, air and soil contain some aluminum. The U.S. Centers for Disease Control and Prevention says the best way to avoid consuming aluminum is to limit intake of antacids and buffered aspirin.

THE FACTS: Walmart is not working with the Department of Homeland Security to create detention centers for migrants despite reports online claiming the two have been working together in recent years. The U.S. Department of Health and Human Services is, however, using a former Walmart in Brownsville, Texas, as part of its Unaccompanied Alien Children Services program. Walmart sold the building to a developer in 2016. The site currently is housing about 1,500 immigrant children, officials said, noting that no other former Walmarts are being used by the agency. False reports of the relationship between Homeland Security and Walmart began circulating on websites following a viral video of Sen. Jeff Merkley of Oregon attempting to visit the Brownsville facility.

This is part of The Associated Press’ ongoing effort to fact-check misinformation that is shared widely online, including work with Facebook to identify and reduce the circulation of false stories on the platform.
END_OF_DOCUMENT_TOKEN_TO_BE_REPLACED