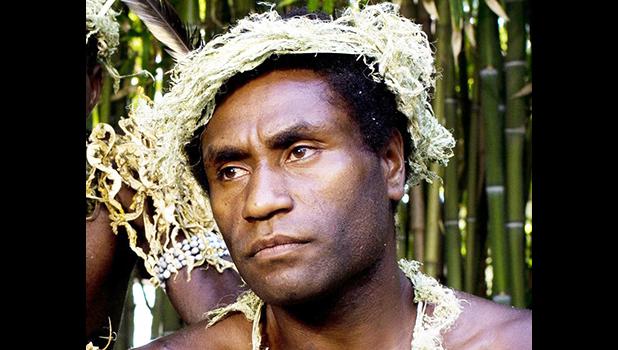 WELLINGTON, New Zealand (AP) — Mungau Dain had never considered acting before he starred in the Oscar-nominated film “Tanna.” He got the role because his elders decided he was the best-looking guy in their traditional village on the Pacific island nation of Vanuatu.

They would later describe him as their answer to Brad Pitt.

Dain died Saturday in the capital Port Vila, after contracting a leg infection that wasn’t quickly treated. He was in his mid-20s.

Martin Butler, who co-directed “Tanna,” said Dain wasn’t a natural actor but was very enthusiastic, learned quickly, and ended up giving a fabulous performance. The 2015 movie won a number of awards, including two at the Venice Film Festival, and was nominated for an Academy Award for best foreign language film.

Dain is survived by his wife, Nancy, and two children. His village, Yakel, on Tanna island, remains in a traditional two-week mourning period.

Jimmy Joseph, the cultural director for Tanna island, said Dain was quiet, humble and respected in Yakel, where he had chosen to remain living even after achieving some fame in the movie. He said Dain never drank or smoke.

People in the village typically choose to live as they have for centuries, in simple thatch huts and wearing nothing but grass skirts or a penis shield called a nambas. They raise crops and pigs, and observe a traditional way of life known as kastom.

But the village isn’t completely isolated from modern life. When villagers make the trek to the island’s main town to sell the coffee beans they’ve grown or buy rice, they usually wear clothes. Some have cellphones, which they charge with small solar panels.

When Australia-based Butler and Bentley Dean decided to make the movie, which is loosely based on a true story, Butler said they quickly realized the village elders would be doing the casting. He said Dain looked too old for the role with his full beard, but 10 minutes later he’d shaved it off at their request.

He said he fondly remembers how awkward Dain was when trying to act in a scene in which he was supposed to lift co-star Marie Wawa in his arms and carry her along a river bed.

Butler said he and Dean plan to travel to Yakel at the end of the mourning period to join the village in celebrating Dain’s life.

“I was totally devastated. He was so fit and young and gorgeous. His wife is fabulous and the kids are great,” Butler said. “He was a great example of how you can live a totally different type of life, and still be completely happy.”

Location producer Janita Suter, who lived in Yakel for seven months during filming with her husband, Dean, and their children, said if there was an award for most improved actor, it would have to go to Dain. She said she doesn’t think he’d even seen a movie before acting in one.

She said that when they traveled to Venice for the film festival, she was in her apartment when the chandelier and ceiling started shaking. It turned out it was Dain and the other villagers in the room above, stomping their feet in a traditional dance.

“He was a really proud ambassador for his people,” she said. “It’s a real loss.”

She said Dain had been staying in Port Vila for the past couple of months as he tried to get a temporary visa to come to Australia and earn some money picking fruit. She said a doctor had explained that Dain had got an infection in his leg that he didn’t treat and by the time he was taken to the hospital he was unconscious and likely in septic shock.

Butler said he hoped there may be some way to get better information to people in Vanuatu about the risks of infections, and that Dain’s death could act as a catalyst.